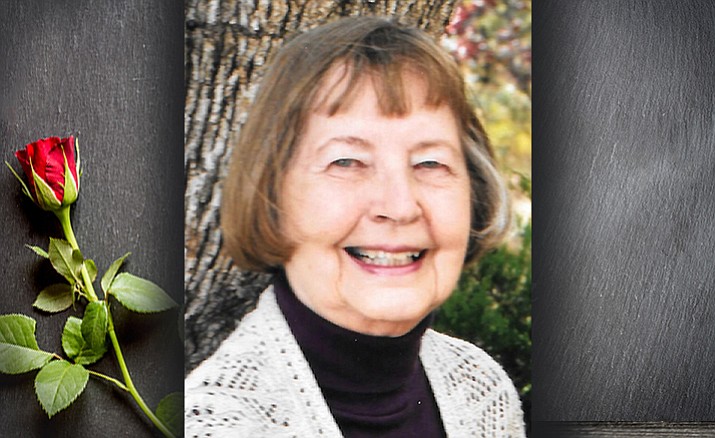 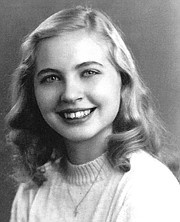 Helen Marie Oakley, 86, a resident of Prescott, Arizona, died peacefully on May 20, 2018, at Samaritan Village on Scott Drive. She was born on July 18, 1931, in St. Louis, Missouri, to Elsie (Schneider) and Edward J. Guetebier.

Helen graduated from Beaumont High School in January 1949, valedictorian of a class of 200. She received a four-year academic scholarship to Washington University in St. Louis where she majored in elementary education, qualifying for Phi Beta Kappa. Between high school and college, Helen completed a full nine-month business school course, which was a great asset and used appropriately. She was an excellent secretary and regularly found temporary employment easily.

Helen also loved music and played piano. For many years Helen and John enjoyed attending both symphony and POP concerts, to which they had season tickets. She enjoyed her bridge group and became quite adept with the computer. Helen was a student of genealogy, loved animals and birds and was a voracious reader and Sudoku player. Most of all, she was a sweet and loving wife and intensely involved mother who also did years of in-home caregiving for her elderly mother and her husband John’s parents.

Helen was always happiest when surrounded by family. She doted on her grandchildren and in later years, the high point for Helen was the week-long Christmas celebration at her home, routinely attended by all six children, spouses, and the majority of her grandchildren. Helen was a fervent supporter of the study of Parkinson’s, donating not just her brain but her entire body to further knowledge about the disease that ultimately took her life. She participated for five years in the Muhammad Ali-Michael J. Fox ongoing Parkinson’s Research Program in Phoenix, which entailed extensive intense mental and physical testing plus lab and X-rays every three months. Since the mental testing was repetitive, Helen easily memorized most of it and each three months her score improved, which blew examiner Dr. Holly Shill away! In lieu of flowers, donations may be made to Banner Sun Health Institute for Parkinson’s Disease, 2901 N. Central Ave., Suite 160, Phoenix, AZ 85012 (602-747-4483); please indicate the contribution is being made in the memory of Helen M. Oakley of Prescott.

Survivors include her husband of 66 years, John Sr.; and children, Annie (Cal), Barbara (Dave), Sherrie (Jim), John Jr. (Angela), Steve (Anna) and Bill (Kelley). In addition, Helen is survived by 15 grandchildren, two great-granddaughters and numerous nieces and nephews. She is predeceased by her brother, Edward J. Guetebier Jr., her sister, Marion E. Hicks, and their spouses.

Light refreshments will be available.