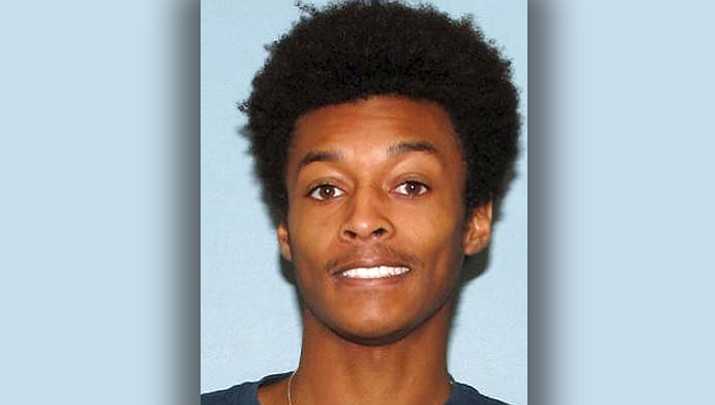 GOODYEAR, Ariz. — A man was charged with murder in the fatal shooting of a rookie Arizona state trooper still in training, state officials said.

The shooting occurred after troopers responded to reports late Wednesday of a person throwing rocks at vehicles on Interstate 10 roughly 15 miles (24 kilometers) west of downtown Phoenix. Motorists had also pulled over to try to get the suspect off the road, according to Arizona Department of Public Safety officials.

A fight ensued when troopers tried to get 20-year-old Isaac D. King off the roadway. Trooper Tyler Edenhofer, 24, was shot and killed during the struggle. He was in his last week of field training.

"He'd been one of my troopers for 52 days," said DPS Col. Frank Milstead.

King was transported to a hospital, but authorities would not say why he was hospitalized. He was charged after he made a remote appearance before a judge Sunday from his hospital room.

It was not clear if he has an attorney to speak on his behalf.

King, who lives in Avondale, was on medication for anxiety and depression and has no criminal record, Milstead said.

"We've talked to his parents, his mother particularly who has been cooperative and thought he was in the backyard during this event," Milstead said. "She said at about 9:30 p.m., he'd been outside on the trampoline."

Six officers, including some local police, were struggling with the suspect for several minutes when he somehow got a hold of the Trooper Sean Rodecap's weapon. Rodecap is a field training officer who was not wearing a uniform. King then fired two shots, Milstead said.

One hit Edenhofer in the shoulder but ricocheted downward, DPS spokesman Capt. Tony Mapp said. Trooper Dalin Dorris was shot through the shoulder, treated at a hospital and released.

Rodecap was injured, but not shot, in the fight.

Whether the weapon became dislodged or how King was able to fire it is under investigation, Milstead said. It was in a standard leather holster tethered to the officer's belt.

"We're all in a little bit of a state of shock," said Milstead. "The DPS family is in mourning."

Edenhofer was killed just two months after graduating from the Department of Public Safety academy. The U.S. Navy veteran was engaged to be married. 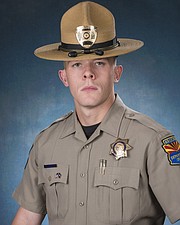 PHOENIX — A candlelight vigil for a state trooper killed in the line of duty is scheduled for 7:30 p.m. Monday at the Wesley Bolin Memorial Plaza in Phoenix.

Edenhofer was fatally shot Wednesday night along Interstate 10 in Avondale during a struggle involving several troopers and a man suspected of throwing rocks at vehicles.

DPS officials have said Edenhofer was shot with another trooper's gun by 20-year-old Isaac D. King, who was hospitalized and not immediately charged.

A GoFundMe account has been set up by friends of Tyler Edenhofer's family.

Editor's note: King was able to grab fellow Trooper Sean Rodecap's duty weapon, which was allegedly used to kill Trooper Tyler Edenhofer. Rodecap's gun was reportedly in a leather non-retention holster with a snap top fixed to his belt. A typical duty belt would have a stronger internal locking feature.