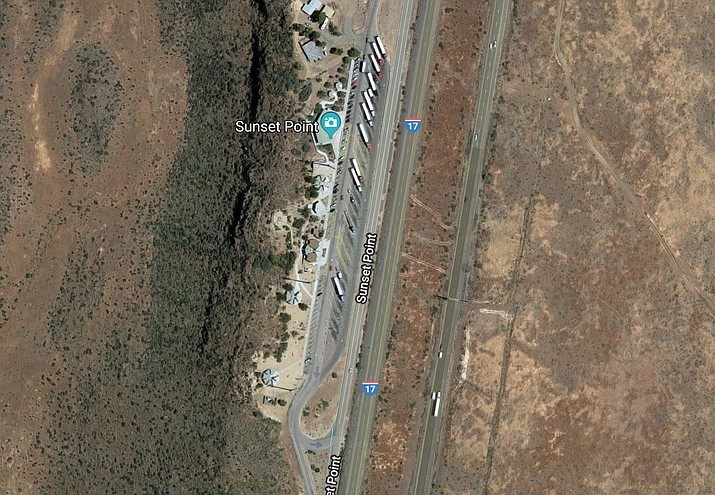 PHOENIX — Authorities announced an extended closure of northbound Interstate 17 about 7 miles (11 kilometers) north of the Sunset Point Rest Area in north-central Arizona because of a fatal wreck requiring a cleanup of hazardous material late Friday morning.

Graves said the needed to call for hazardous-material cleanup as a result of the big rig leaking fuel onto the highway.

The Arizona Department of Transportation advised drivers to consider delaying travel or using alternative routes to northern Arizona such as taking State Routes 87 and 260 to connect to I-17 at Camp Verde.

As of 4:45 p.m. Friday ADOT tweeted that there were still 27 miles of traffic backed up on I-17 and that "drivers should continue to delay travel or use an alternate route."

UPDATE: Backup on I-17 of 27 MILES. Drivers should continue to delay travel or use an alternate route. pic.twitter.com/ylXnyA7vTV

Update: I-17 delays clear near Sunset Point
Update: Interstate 17 is open in both directions after fire
24 cattle killed as I-17 wreck clogs traffic
Sunset Point, southbound I-17 reopens
DPS: 2 dead, 3 injured in crash on Interstate 17 near Cordes Junction
Event Calendar