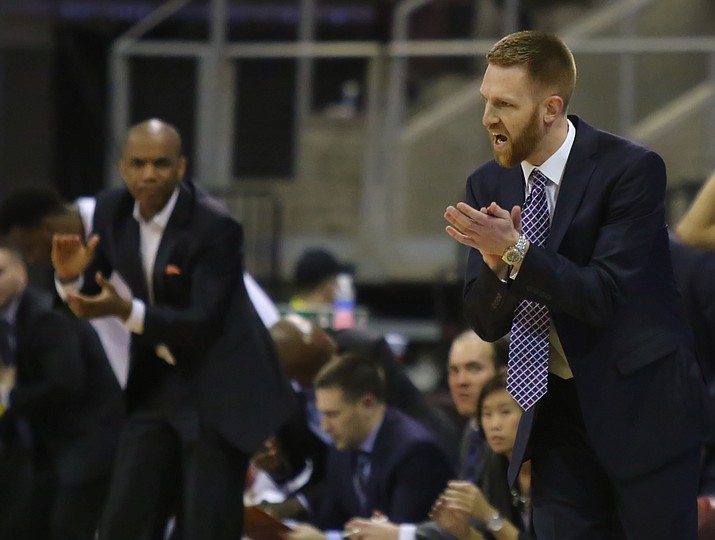 Burchard was assistant coach under Ty Ellis during inaugural season

PRESCOTT VALLEY — The Northern Arizona Suns didn’t have to look far to replace Cody Toppert as their next head coach. The top candidate was right under their noses all along.

Burchard was promoted to associate head coach entering the 2017-18 season. But after the Phoenix Suns fired Earl Watson just three games into the schedule, Burchard, along with Ellis and Brandon Rosenthal, were called up to work under then-interim head coach Jay Triano.

The Columbia, Missouri, native spent all of last season and the offseason as a player development assistant for Phoenix.

“I am very excited to return to the northern Arizona community and build upon the young tradition of our (NBA) G League program,” Burchard said in a statement the team issued Tuesday. “I’m looking forward to doing my part in Prescott Valley to continue the NAZ Suns’ brand of elite-level basketball the community can be proud of, while also helping the rise of the Phoenix Suns.”

A month ago, Toppert was promoted as the Phoenix Suns’ next Director of Player Development, joining newly named head coach Igor Kokoskov’s staff in Phoenix. Toppert’s promotion was announced just prior to the Suns picking Arizona’s Deandre Ayton with the No. 1 overall pick in the NBA Draft.

Toppert added, “He’s (Burchard) going to provide direction and a daily connection. It’s an exciting time to be a part of the Prescott Valley community, and entering year three, he’ll push [the Suns] to the upper echelon of the G League.”

The 2018-19 season will be Burchard’s first as a head coach in the NBA Gatorade League.

“We are thrilled to welcome Bret back to the Northern Arizona Suns family as our next head coach,” Northern Arizona General Manager Louis Lehman said in a statement. “Bret has been with the Suns organization since before I began over six years ago and we’ve been able to build a great relationship with each other throughout the years.”

Burchard, 32, is Lehman’s second hire at the head coaching position. Bubba Burrage was the first Suns general manager in Prescott Valley and hired Ellis before Lehman took over in the fall of 2017.

Burchard, a Taylor University graduate, has spent the last eight years within the Phoenix Suns, Phoenix Mercury and Northern Arizona Suns organizations. He worked as the video coordinator for Phoenix from 2013-16 after spending 2010-13 in the basketball communications department for the Mercury and Suns.

He is considered the third head coach in team history behind Ellis and Toppert, the Suns said. Tyler Gatlin ran the club during training camp last season before Toppert was brought on board two days before the home opener.

It is unknown whether or not Gatlin will remain an assistant coach under Burchard for the Suns in Prescott Valley.