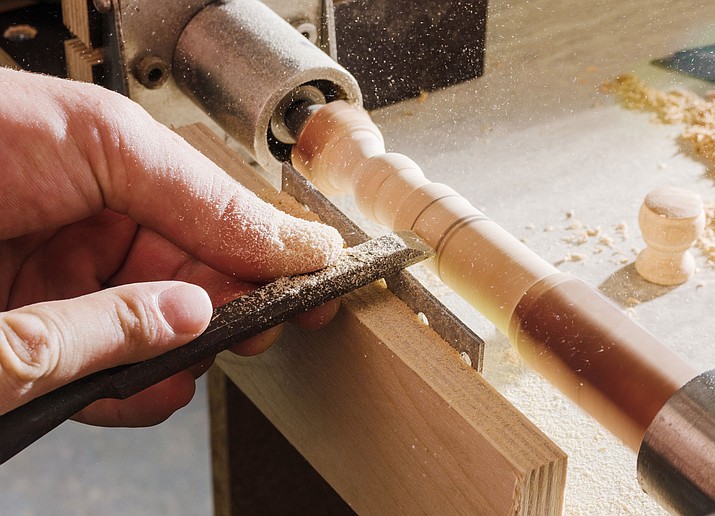 Students at Franklin Phonetic School in Prescott Valley have an opportunity afforded few others in grades four through eight: they learn to use their hands in ways that involve more than just thumbs on a keyboard. Instructor Tom Bockman teaches popular classes in woodworking.

Members of the Prescott Area Woodturners (PAW) have actively supported this wood shop since its inception, donating lathes and other equipment. Recently, the school was the recipient of a grant from Ingebritson Family Foundation to purchase new equipment. When the first items arrived Tom Bockman was under doctor’s orders not to lift anything heavy, and he reached out to PAW. On Tuesday, July 10, 2018, six members of PAW reported for duty. They assembled several scroll saws and a heavy sander, and PAW member Dave Madden used his expertise to diagnose an electrical problem with the dust collector for the room.

Earlier this year PAW sponsored nationally known turner Eric Lofstrom to demonstrate at a meeting. Lofstrom’s travel plans allowed time to visit Franklin School. Because standardized testing was in progress on that day, Lofstrom could not visit a class. Instead, a representative group of students gathered in the woodshop to meet with Eric for a half hour before classes began. In that short time Eric created a spinning top. He had the attention of everyone present as he engaged several students in a demonstration of the finished product.