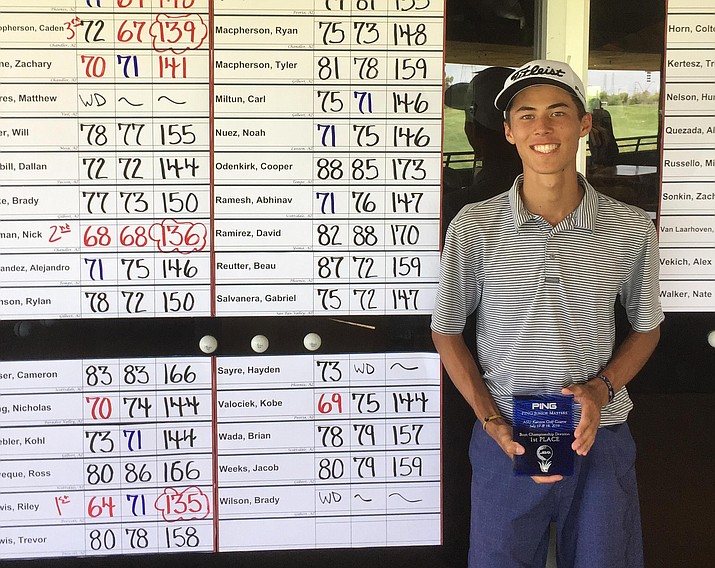 Riley Lewis of Prescott poses for a photo in front of a leaderboard for the 2018 Arizona Junior Masters Invitational on Wednesday, July 18, 2018, in Tempe. Lewis claimed the tournament title with a 7-under par 135 during the two-day event at Karsten Golf Course. (John Gunby/Courtesy)

TEMPE — Riley Lewis’ 7-under par 64 on day one of the 2018 Arizona Junior Masters Invitational set him up for a tournament victory after turning in an even-par 71 on day two of the tournament in Tempe on Wednesday afternoon.

Tuesday’s 7-under par performance came on the heels of seven birdies and 11 pars at Arizona State’s Karsten Golf Course, giving the Prescott native a four-stroke lead heading into day two of the tournament.

Lewis, a junior at BASIS Prescott, started day two with a double bogey but regained his momentum to finish with a 71 at the Junior Golf Association of Arizona event, which hosted 32 players from across the state.