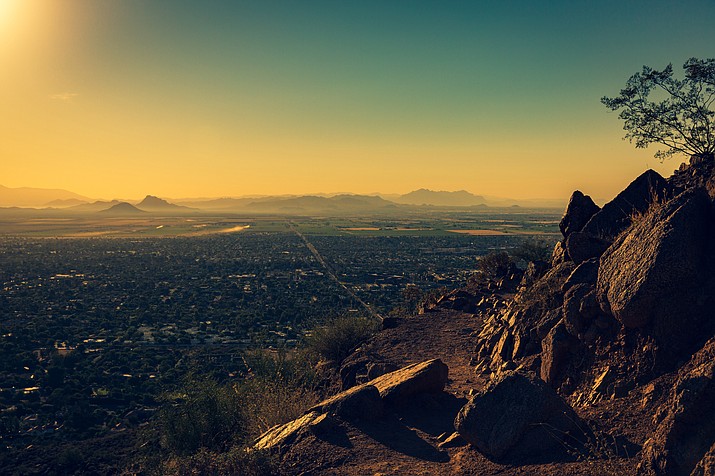 PHOENIX — For each of the last 11 days, environmental regulators have issued ozone pollution advisories for metro Phoenix, warning that the area is expected to exceed the federal health standard for air quality and recommending precautions for people with respiratory problems.

Maricopa County has surpassed the standard 28 days so far this year, compared with a record 39 in 2017 and 26 in 2016. With three months left in the county’s ozone season, regulators expect to approach or slightly exceed the 2017 record.

The increase is attributed to a 2015 change in the federal ozone standard, toughening it from 70 parts per billion, rather than the previous measure of 75 parts per billion. Federal officials have said the new standard, which was enacted in Arizona, New Mexico and other states, will reduce exposure to ozone pollution, prevent thousands of asthma attacks and avert hundreds of premature deaths.

Dr. Ron Pope, an atmospheric scientist working for Maricopa County, said the metro area’s air quality isn’t necessarily getting worse, pointing out the county has made significant improvements in reducing air pollution over the last 20 years.

“The threshold has been changed — the bar has been lowered — for when we put out advisories,” Pope said.

It’s not unusual for regulators to issue pollution advisories over consecutive days during ozone season. The metro area had a nine-day streak of advisories in June 2017.

The federal government is unlikely to fine the county or withhold federal dollars as a result of its ozone levels, as long as the county works in good faith to carry out the regulations. But it could ratchet up the county’s level of regulation and require reductions in emissions if ozone pollution doesn’t improve over the long term.

Ozone forms when vehicle exhaust and chemical solvents combine with heat and sunlight. People with respiratory problems are advised to limit their outdoor activities on days with higher ozone levels.

People are encouraged to drive only when necessary, use carpools or public transportation and avoid using gas-powered lawn equipment.