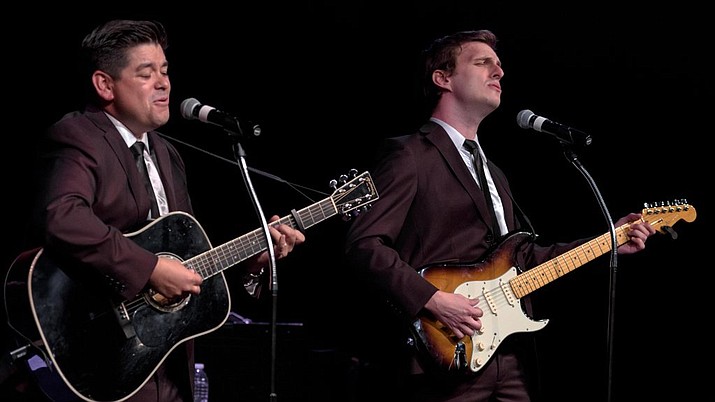 Chach Snook is set to perform alongside Alex Mack for a salute to the Righteous Brothers and Blue Eyed Soul at the Elks Theatre and Performing Arts Center Friday, July 20. (Trish Thayer/Courtesy)

Bring Back That Lovin’ Feeling,” Lonely Street Productions’ salute to the Righteous Brothers and Blue Eyed Soul, is returning to the Elks Theatre and Performing Arts Center this weekend.

Chach Snook to perform a salute to the Righteous Brothers and Blue Eyed Soul at the Elks Theatre and Performing Arts Center Friday, July 20. (Trish Thayer/Courtesy)

This time though, it’s a new version featuring Alex Mack and Chach Snook performing all those favorite hits. Alongside the Righteous Brothers, the show includes songs by Van Morrison, The Rascals and Tom Jones, Snook said. They were all cornerstones of the Blue Eyed Soul movement, which was a term coined in the 1960s and refers to musicians influenced by soul, rhythm and blues.

“It’s kind of like a greatest hits of Blue Eyed Soul,” Snook said of the show.

Snook and Mack take the stage of the Elks Theatre and Performing Arts Center, 117 E. Gurley St., at 7 p.m. Friday, July 20. Tickets are $25 for adults and $22 for seniors and available online at www.prescottelkstheater.com, by calling 928-777-1370 or at the door one hour prior to the performance.

Though Mack was the one to figure out the show’s lineup, Snook said he heard the Righteous Brothers’ version of “You’ll Never Walk Alone” from the musical “Carousel” and knew it had to be in the show. They recently performed it at a show near Tucson and it, along with “Unchained Melody” got standing ovations in the middle of the show, he said.

Snook said he enjoys the entire show, noting it is fun to sing songs like “Moon Dance,” “Brown Eyed Girl,” and “Groovin” to an audience who enjoys the nostalgia.

“It’s just songs that I’ve heard growing up,” he said. “Now I get to sing them and bring a little joy to the audience.”

He and Mack did an Everly Brothers show in Prescott last year where they performed a couple songs by The Righteous Brothers, which led to people telling them that they should do a whole Righteous Brothers Show, Snook said. They took the existing show, changed the order and some of the songs and tweaked it to match their voices more.

The two of them really developed their chemistry together with that Everly Brothers show. People were able to feel and see it, which made the whole show more enjoyable for them, Snook said. As for this show, audiences have left saying how much fun they had listening to the songs and how much they enjoyed it.