Take our Reader Poll: Should the line between church and state be absolute? 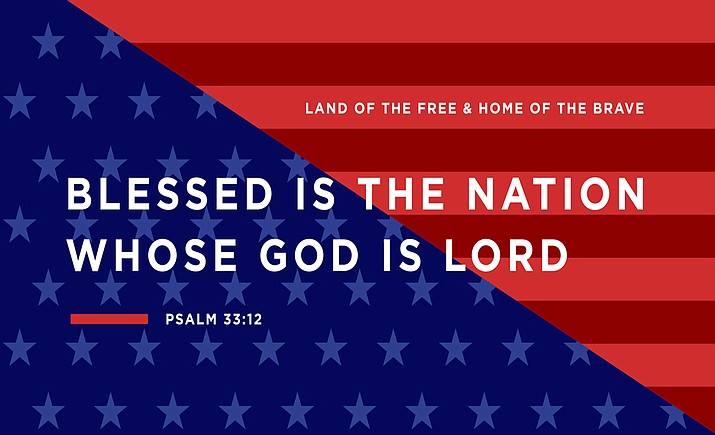 Hobby Lobby ran a full page ad in the Courier on July 1 citing Psalms 33:12, "Blessed is the nation whose God is the Lord." Should the line between church and state be absolute? (Select up to 6 answers)

On July 1, 2018, Hobby Lobby ran a full page ad in newspapers throughout the county citing Psalms 33:12, a scripture in the Old Testament of the Bible.

The scripture reads in part, "Blessed is the nation whose God is the Lord."

The national crafts store is owned by the Green family, who are devout Christians.

The company’s website declares, “From the beginning, the company’s core values have formed a foundation to guide decision making, establish the corporate culture and determine how business is conducted.” Among their stated core values, the company cites, “honoring the Lord in all we do by operating in a manner consistent with Biblical principles.”

The July Fourth advertising campaign featured quotes and citations from U.S. presidents, founding fathers, the Supreme Court, Congress and other historical figures that were meant to support the scripture's premise.

“IT IS THE DUTY OF ALL NATIONS TO ACKNOWLEDGE THE PROVIDENCE OF ALMIGHTY GOD, to obey His will, to be grateful for His benefits, and humbly to implore His protection and favor.” – George Washington

“And can the liberties of a nation be thought secure when we have removed their only firm basis, a conviction in the minds of the people that these liberties are of the gift of God? That they are not to be violated but with His wrath? Indeed I tremble for my country when I reflect that God is just; that His justice cannot sleep forever.” — Thomas Jefferson

“The Bible is the best of all books, for it is the word of God and teaches us the way to be happy in this world and in the next. Continue therefore to read it and to regulate your life by its precepts.” – John Jay: First Chief Justice

The Courier received numerous Rants&Raves comments from readers, including a letter to the editor.

The ad was also a topic of discussion on the newspaper's Facebook page.

Should the line between church and state be absolute?