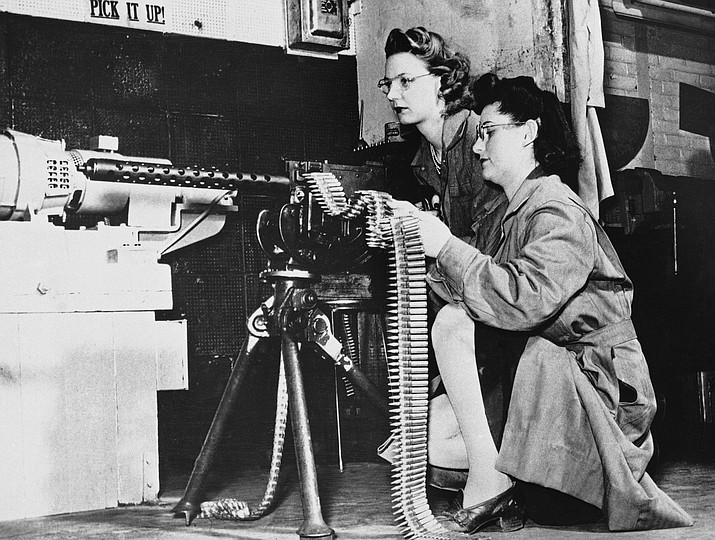 In this April 30, 1943, file photo, Mae Zelisnky shoots as Betty O'Beda feeds a 30-caliber rifle during an ammunition test at Remington Arms Company. The gun was fired down an enclosed range into a sand pit. (AP Photo, File)

Remington, America's oldest gun maker, was founded in 1816 by Eliphalet Remington in New York, as E. Remington and Sons. It is the largest U.S. producer of shotguns and rifles. (In early ad for a Remington Army Revolver)

WINDOW ROCK, Ariz. (AP) — Remington management has turned down an offer by one of the largest American Indian tribes in the U.S. to buy the storied gun maker as the company rebuilds itself after emerging from bankruptcy.

The Navajo Nation submitted a bid in May, offering between $475 million and $525 million. The tribe planned to pay cash.

A columnist with The New York Times was first to report on the bid Monday.

The Navajos had proposed shifting away from public consumers to police and defense contracts. Profits would then be invested in research and development of "smart guns" — those outfitted with technology to ensure they can only be used by their owners.

To address high unemployment, Navajo leaders have long sought to bring manufacturing jobs to the reservation, which spans parts of Arizona, New Mexico and Utah.