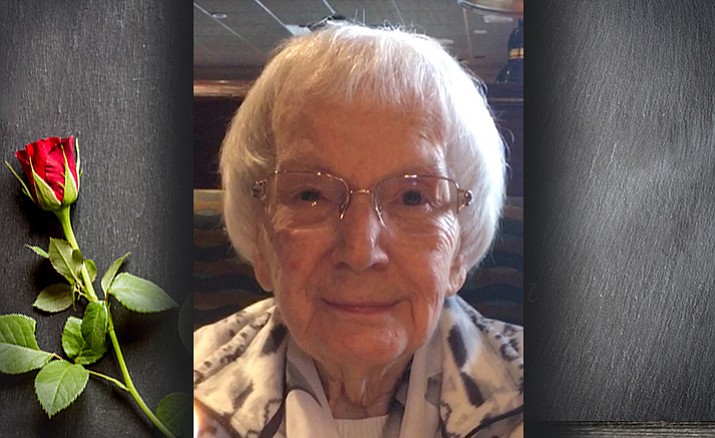 She is survived by her daughter, Susan Lee Talbot, and her son-in-law, Jay Arthur Talbot; her grandchildren, Vance Talbot, Anna Hall and Lindsay Newlin; and her seven great-grandchildren (who affectionately called her G.G.); her sister-in-law, Beverly Lawless; nieces, Dinah Perrine, Leann Meyers, Sharon Lawrence and Leann Manny; and nephews, Bill Weiss, Gary Silva, Rick Silva and Bobby Silva; and her many loyal friends.

She was preceded in death by her parents, Horace B. Godshall and Irma H. Godshall; her husband of 66 years, Vernon G. Silva; and her beloved sisters, Creeda Gilkeson and Thelma Dillinger and their spouses.

Gloria worked in retail for many years in Santa Rosa, California, at Sears and Roebuck, and then when she moved to Susanville, California, was an accountant for J.C. Penney until she and her husband retired to Arizona, where she was proud of being a longtime resident of Prescott Valley.

Gloria loved playing the piano and singing. For years, she and Vern were members of and sang in the choir at Saint Germaine’s Catholic Church. She was an avid sports fan and much of her time in these last years was invested in cheering on her favorite baseball and football teams.

She enjoyed playing sports in high school, and in her early retirement years she played golf.

Gloria will be remembered for her diligence in work and play, her quick wit and quirky sense of humor. She always had a ready smile for everyone she met.

You will be greatly missed on this side, dear Mother, Aunt, Grandmother and friend.