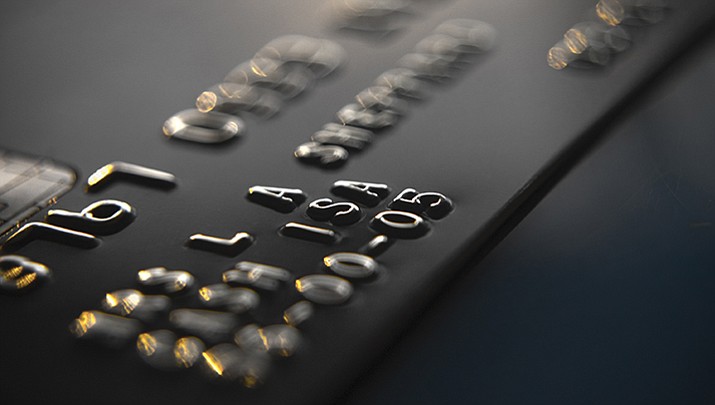 According to data supplied by financial website WalletHub.com, Prescott residents have about $229.8 million in credit card debt, while Prescott Valley residents have $175.9 million.

Only four times in the past three decades have we overspent so much in a year and, in each case, the charge-off rate — currently near historical lows — rose the following year.

According to data supplied by financial website WalletHub.com, Prescott residents have about $229.8 million in credit card debt, while Prescott Valley residents have $175.9 million.

Using those figures, WalletHub calculates the individual amount owed by household to be $12,153 for Prescott and $10,532 for Prescott Valley. (The study did not list Chino Valley or Dewey-Humboldt.)

That’s not as bad as households in Beverly Hills, California, which owe an average of $29,272, but it is a lot higher than those in Clarkston, Georgia, which owe $4,860, according to WalletHub.com.

Following are several suggestions from financial experts for paying down that debt:

• Make a budget and stick to it — It’s hard to spend wisely or plan to save if you don’t know how your spending compares to your paycheck — or where the money goes. That is why you should list your expenses, and make cuts if needed, Financial guru Dave Ramsey says. And, once you’ve figured out what to spend and where to spend it, make sure you stick to it or else you’ll have wasted your time.

• Build an emergency fund — Ramsey suggests a beginning emergency fund of $1,000. With that safety net of cash to fall back on, you won’t be as likely to fall behind on your bills in the event of emergency expenses or unplanned job loss. Set aside a little bit every month until you’ve got a nice cushion.

• Try the “Island Approach” — It’s a strategy using a collection of credit cards, with each serving a specific purpose. For example, you could transfer your existing debt to a zero-percent balance transfer credit card to save on finance charges and get out of debt sooner, experts at WalletHub.com say. And you could use a rewards card or two — perhaps one with travel rewards and one with cash back, or maybe a store credit card — for purchases that you’ll be able to pay off by the end of the month. This will allow you to get the best possible collection of terms. It will also tell you when you’re overspending, and finance charges on your everyday spending cards will signal a need to cut back.

• Or follow Ramsey’s “Snowball” method — This simple plan is intended to motivate you by giving you early success — you pay off the smallest debts first, and the work your way to the larger ones.

• Evaluate your job situation — In some cases, all the budgeting and planning you can do won’t be enough to solve your debt problems, according to WalletHub.com. You may need to explore whether higher-paying opportunities exist for people with your background or consider acquiring some new skills to make yourself more marketable. This may require a bit of an investment in yourself, but as long as you get a worthwhile return, it will be money well spent.

Spring cleaning season could give Americans a fresh start on financial security
Credit card debt: Manage it, or it will manage you
Your house isn’t a piggy bank, expert says
If your teen is ready for a credit card, here are the steps to take
Is your debt ‘good’ or ‘bad’?