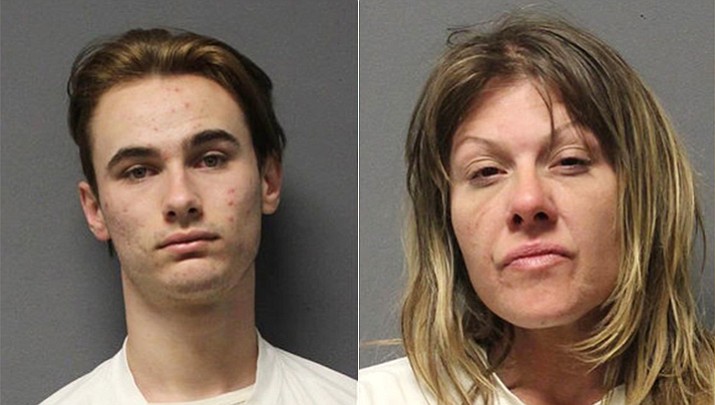 CAMP VERDE -- A 19-year-old man who pleaded guilty to five charges in an attempted Taco Bell robbery in January was sentenced to 5 years in prison and three-years probation Monday.

Zion Plotnikoff, who had originally pleaded not guilty to all charges took a plea offer in June. The charges included attempted armed robbery, attempted aggravated robbery, first-degree burglary and two charges of aggravated assault, all felonies.

At court, Plotnikoff expressed remorse for his actions.

“I regret what I have done and I am ready to better myself,” he said.

In a written letter to Judge Michael Bluff, Plotnikoff wrote that he has been an addict since he was 11 and did not have a father around while growing up.

“I have some serious addiction issues that need to be addressed,” he said. “I do take full responsibility for my actions and I am not making any excuses for these actions, either, but if I lived a sober life, I would not have done the things I’ve done.”

Plotnikoff and the other suspect, 37-year-old Tia Stevens of Cottonwood, were arrested in January following their attempted robbery of a Taco Bell in Cottonwood.

Surveillance video shows Plotnikoff climbing in the drive-thru window and assaulting an employee with the butt of what appeared to be a handgun. It was later revealed that the handgun was not real. No money was taken.

The two were originally pointing the blame at each other. Plotnikoff told police that Stevens offered him 40 percent of the profits from the robbery but claimed he had no involvement in the robbery and that the other man in the vehicle was Stevens’ husband. Stevens still claims that she did not know of Plotnikoff’s intentions to rob the Taco Bell until they had already pulled up to the window.

Stevens took a plea deal for her role in the crime last month. The deal offers a ceiling of 24.5 years with a stipulation of no less than five years.

Plotnikoff could have faced 32 years had Judge Michael Bluff chosen to give him consecutive and aggravated sentences.

Instead, Plotnikoff received a slightly aggravated sentence of five years for the first count of attempted armed robbery.

The rest of the charges all ran concurrent to the first sentencing. The 160 days Plotnikoff already served will also be credited toward his sentence making it 4.43 years.

Additionally, Plotnikoff will also have to forfeit the pellet gun used in the robbery, pay a $75 fine including an 83-percent surcharge as well as pay $2,089.26 to the victim.