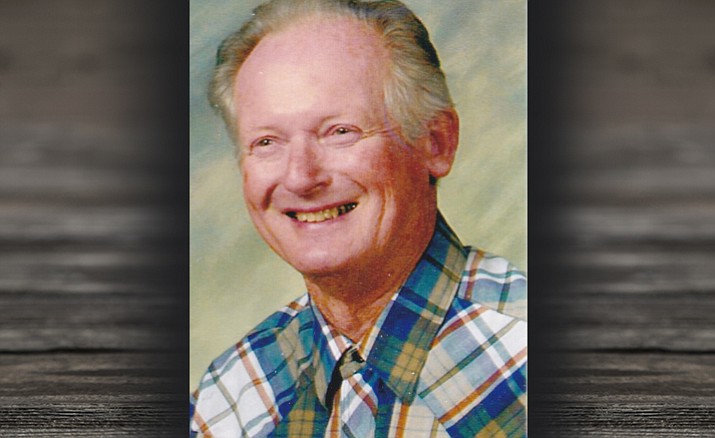 Gary L. Parker passed into eternal life June 24, 2018, at Marley House Hospice, surrounded by his loving family. He was the son of Juanita (Thornton) and Clarence Parker. Gary was born in Maumee, Ohio, in 1937, and lived there for 58 years, and never planned on leaving, - until he got hooked on the West. He and his high school sweetheart, and wife of 58 years, Delia (Humphrey) Parker, ended up moving to Prescott, Arizona, in 1996. He “LOVED Prescott!”, and liked to give tours to visitors, when they came out. I think he was a “cowboy” in his heart. He was a member of Sacred Heart Church, in Prescott.

He enjoyed his family, hiking and in earlier years, biking. He and Delia volunteered for “Horses With Heart,” for seven years, and enjoyed visits with her horse, Nick. He was a Little League Coach in Maumee, in the late 1970s. He loved traveling, and criss-crossed the United States, many times, going back to Ohio twice a year. He attended Maumee High School, Class of 1955, and also attended Bowling Green State University. Gary was also a veteran, having served in the Army National Guard, stationed in Kentucky and South Carolina. He loved yard work... and watching the “Indianapolis 500 Race” every year in May. He worked for seven years at Pyrofax LP Gas Company. He retired from Champion Spark Plug in 1991, after 34 years.

Gary always had a cute or “corny” joke for all he came in contact with, and will be sorely missed by all. Besides being survived by his wife, Delia, he leaves a daughter, Traci (Jeff) Frankart of Maumee, Ohio; son, Steven (Theresa) Parker, Carson, California; brother, Gene (Joette) Parker, Perrysburg, Ohio, six grandchildren, two step-grandchildren, five great-grandchildren and many beloved in-laws, nieces, nephews, cousins, and friends.

There will be a Memorial Mass of Resurrection at St. Joseph’s Catholic Church in Maumee, Ohio, with internment at the church cemetery, at a future date. Besides his parents, Gary was preceded in death by his daughter, Tari Lussier.

We thank everyone for all the prayers and kindnesses, especially all at DaVita Dialysis Clinic, Good Samaritan Hospice and Marley House, during Gary’s long illnesses recently, and over the past years.

Gary was a kidney dialysis patient for 13-plus years, so in lieu of any flowers, one can donate to the National Kidney Foundation, a local Humane Society or charity of your choice.