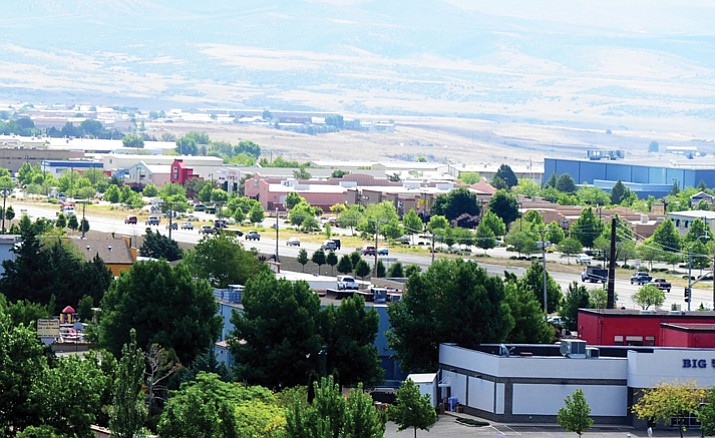 The Town of Prescott Valley and Highway 69. (Les Stukenberg/Tribune)

Prescott Valley is the safest town in Northern Arizona, ranking 13th out of 40 Arizona cities and towns in the 2018 survey by the National Council for Home Safety and Security.

The survey takes into account information from the most recent FBI Uniform Crime Report stats.

Prescott came in 17th in the state, and Flagstaff is 33rd.

“The credit for this recognition goes to the hardworking men and women at the Prescott Valley Police Department, the family and friends who support them, our community members who are active participants in their own safety, and the incredible criminal justice system in Yavapai County,” Edelstein said.

In addition to the FBI report, NCHSS also used population data and its own internal research. Towns and cities with a population less than 10,000, and those that failed to submit a complete crime report, were removed from the list.