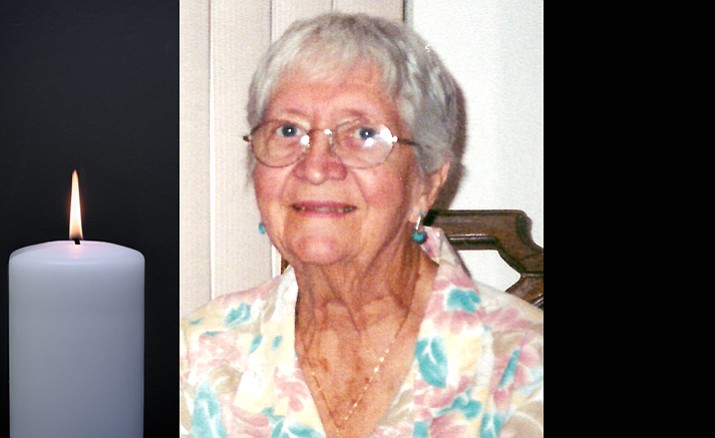 Marian moved to Prescott in 1976 with her husband, Donald, who preceded her in death in 2005. Prior to the move to Arizona, Marian was a secretary at the Security National Bank in Faribault, Minnesota.

Upon retiring to Arizona Marian, known to family and friends as Meiz, kept busy doing photography, leatherwork and teaching herself computer skills, which she used to assist her daughter and son-in-law in their real-estate business.

Marian is survived by her daughter, Marilyn; son-in-law, Tony; and grand-daughters, Dani Terrasi of Los Angeles and Kye Terrasi of Seattle, Washington.

Marian was preceded in death by her husband and a daughter, Sharon Nowlin.