7 arrested in heroin trafficking ring from Arizona to Ohio 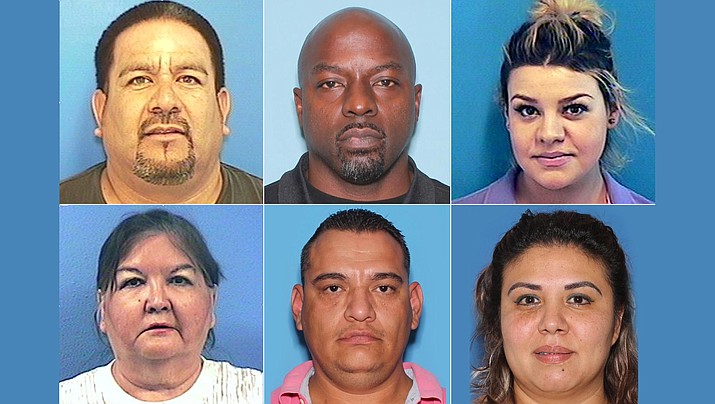 TUCSON, Ariz. (AP) — Authorities say seven people have been indicted in the takedown of a heroin trafficking ring that stretched from Arizona to Ohio.

He says the defendants were indicted on 68 counts including sale of a narcotic drug, possession of a dangerous drug for sale, money laundering, fraudulent schemes and artifices, forgery, illegally conducting an enterprise and illegal control of an enterprise.

The charges are based on an investigation by the FBI's Phoenix Field Division into heroin trafficking.

Agents allegedly found large amounts of heroin, cocaine and testosterone at a home.

The defendants also are accused of laundering more than $650,000 in cash to conceal income and fraudulently obtain food stamps and medical coverage.