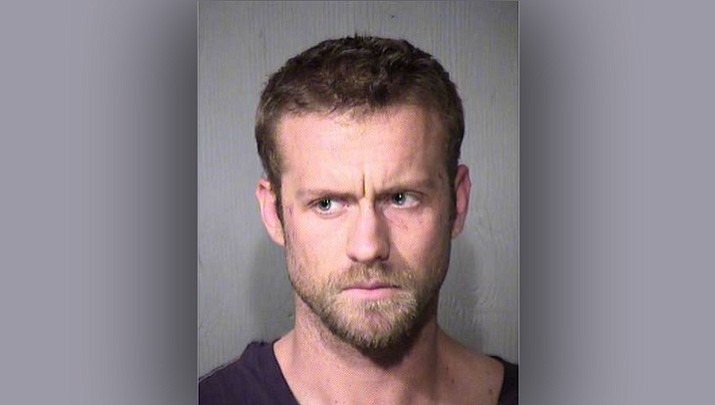 PHOENIX (AP) — Anti-government statements that police say were made by a man arrested after a crash ended a Phoenix-area car chase stemmed from mental health issues, not political beliefs, the man's defense lawyer said Thursday.

Mitchell Timothy Taebel of Long Beach, Indiana, and Los Angeles remained jailed on suspicion of endangerment, aggravated assault, unlawful flight and other crimes after being arrested following the crash Wednesday in Tempe on a street near Arizona State University's main campus.

The 60-mile (96-kilometer) chase began on State Route 85 southwest of Phoenix when Taebel was speeding in an SUV and wouldn't pull over, the Arizona Department of Public Safety said in a probable-cause statement.

According to an accompanying court document submitted by DPS, Taebel said he was "wrongfully detained," wouldn't "obey any rules or laws imposed on his freedom," and "had the legal authority to take" the lives of officers trying to arrest him.

The probable cause statement said Taebel spoke with DPS negotiators by phone during the pursuit and with detectives after his arrest, and it wasn't clear when he made the statements.

Asked about the anti-government statements, Russo said, "I think it's more that he's been previously diagnosed with some mental health issues and they have not been addressed. I don't think it's one political issue or another. That's not what is driving this."

Russo said he couldn't provide details on the mental health diagnosis. "We do know from the family he was being treated, he was seeing someone," the attorney said.

Most of the chase was on freeways, including Interstate 10, and at normal driving speeds as troopers tailed the SUV from a distance and a law enforcement helicopter flew overhead.

The chase ended when the SUV accelerated and collided with another vehicle after troopers in unmarked vehicles tried unsuccessfully to box in the SUV at an intersection after it exited the State Route 202 freeway.

The driver of the other vehicle, a 47-year-old woman, suffered injuries that police said weren't life-threatening. Russo said Taebel and his family were thankful she wasn't injured more severely.