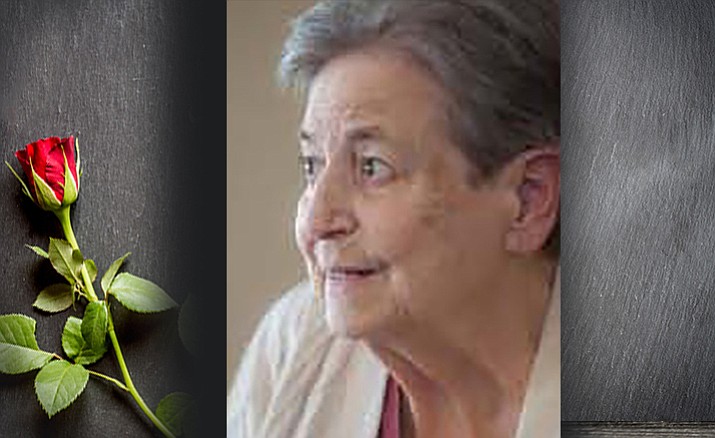 Margaret Mae Law age 77, formerly of Prescott Valley, Arizona, passed away in Las Vegas, Nevada, on Jan. 3, 2018, after a valiant battle with cancer.

Peggy, as everyone knew her, was born on March 22, 1940, in Baltimore, Maryland. In 1958, after graduation from high school, she married Wynne Law in Texas, Maryland. She and Wynne welcomed three children into the world: daughters Edith, and Rachel, and son Howard.

Peggy was an involved and doting mother, grandmother and great-grandmother. She lived in several places, including Maryland, Pennsylvania, Oregon and Arizona before settling in Prescott Valley in 1989. Peggy worked as a library assistant in Chandler, Arizona, for many years. In 1990, she became the Circulation and Interlibrary Loan Specialist at Embry Riddle Aeronautical University in Prescott. She worked at ERAU until 2004, when she retired. She was extremely proud to work at ERAU and cherished the students and faculty she encountered on campus.

Peggy fought advanced Parkinson’s disease for over a decade, but never let it keep her from enjoying life. She was always an avid, vocal and proud supporter of her children and especially grandchildren in their activities. She never missed BMX races, marching band competitions, dog shows or volleyball games, and loved to brag about their achievements to everyone. Peggy is survived by her daughter, Rachel (JD Campbell); son, Howard; granddaughter, Devlin (Nick Halladay); grandson, Michael; granddaugh ter Stephanie (Anthony Hawk-VanDyke); grandson, Travis; and granddaughter, Marina. She also leaves behind great-grandson, Dakota; great-grandson, Ari; and great-grandson, Lincoln. Peggy was preceded in death by her husband of 56 years, Wynne, and daughter, Edith Katherine.

No services will be held at Peggy’s request. She would ask that in her memory to cherish and love those around you.