Dental abscesses: What you need to know 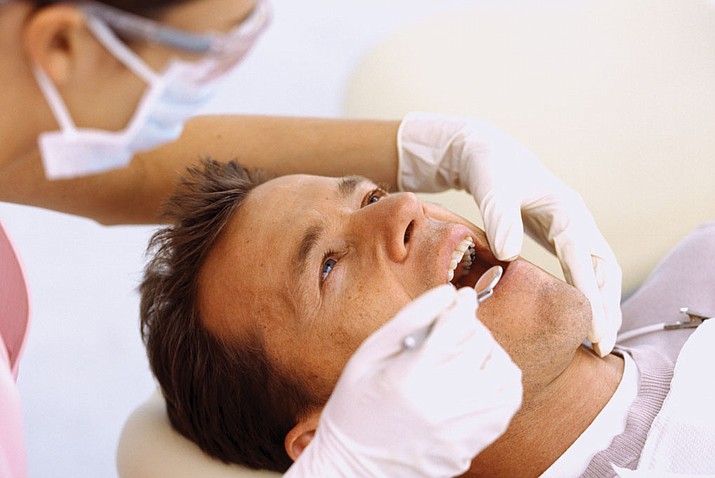 An abscess is the accumulation of bacteria and pus that form as a part of the body’s natural defense mechanism as the immune system is trying to prevent the spread of the infection to other parts of the body.

In 2007, a 12-year-old died after bacteria from a tooth abscess traveled to the child’s brain. In 2009, a 24-year-old died when he was unable to get antibiotics for a tooth that had an abscess.

Dental abscesses are a growing problem nationwide, resulting in tens of thousands of emergency department visits each year with many of those seeking help being admitted to the hospital for further treatment.

An abscess is the accumulation of bacteria and pus that form as a part of the body’s natural defense mechanism as the immune system is trying to prevent the spread of the infection to other parts of the body. An abscess can be a painful or painless.

A periapical abscess is when an infection is spread from inside the tooth, out the bottom of the tooth, invading and pathologically reducing the amount of bone at the apex or tip of the tooth.

What is the cause?

Usually such abscesses are caused by untreated tooth decay or trauma that caused the tooth to lose its blood supply, and the nerve died. In some cases, too, as a person ages, if arteries begin to harden, blood supply to teeth can be restricted. If the nerves in the tooth are cut off from their blood supply, the tooth dies and an abscess begins to form. When the blood supply is compromised, even mild trauma, such as bruxism or teeth grinding, can kill the nerve and result in a periapical abscess.

Another common type of dental abscess is the periodontal abscess. There is a natural barrier — a specialized type of tissue, called connective tissue — around the teeth that acts as a seal, like a gasket, to prevent bacteria from entering the body. When that seal breaks down, because it was exposed to inflammatory conditions for an extended time, the bacteria can form a periodontal abscess. It can cause the bone that supports the teeth to break down, resulting in loose teeth and ultimately tooth loss.

How are abscesses treated?

The type of abscess often determines the type of treatment. In the case of a periapical abscess - depending on the severity of the abscess - treatment often results in root canal therapy, requiring the diseased and or dead tissue to be removed from inside the canals of the roots of the tooth. Finally, the canals are sterilized and sealed. Oftentimes, this results in a crown to protect and seal the top of the tooth.

In the case of a periodontal abscess, also depending on the severity of the abscess, the treatment can range from scaling and planning the roots of the teeth below the gums to extraction of the diseased tooth and exploring options for replacement.

So the next time you are having tooth pain, don’t brush it off.

What oral heath symptoms should alert you to contact a dentist?

• A tooth starts throbbing for no reason or pain in the tooth wakes you during the night.

• You feel tooth pain for a long time after you drink something hot or cold.

• A tooth is painful when chewing.

• You have a bitter taste in your mouth.

• Your jaws or gums are swollen.

• You notice a bump on your gums

Dental abscesses are not something to ignore and won’t go away on their own. Unfortunately, they often tend to flare up on the weekend or while on vacations.

Don’t become a statistic in the emergency department. See your dentist regularly to catch these issues early, when the treatment is usually less expensive and less invasive.

To submit a question for future articles, contact Farnsworth at rfarnsworth@prescottdentist.com.

Farnsworth: Why do my gums bleed when I brush?
Gum recession: causes & corrections
Increased need for root canals often comes with age
My dentist told me I need a root canal. What exactly does that mean?
Save the tooth: Looking at advances in dentistry
Event Calendar