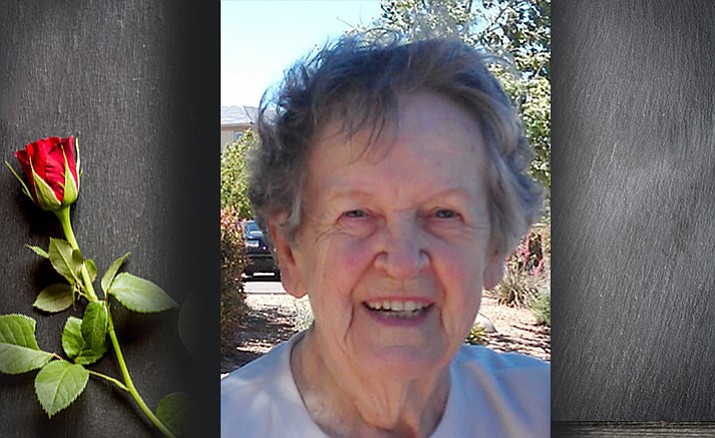 Mary Katherine Thomas (Wood) passed away peacefully in her sleep on the morning of Jan. 14, 2018. Mary was born Nov. 28, 1929, in Terre Haute, Indiana, to Robert Leonard Wood Sr. and Katherine Cecelia Frank.

In 1946, Mary married the love of her life, Donald Lee Thomas Sr., in Burbank, California. As a Navy wife, Mary followed Donald throughout his career around the United States until they finally settled in San Diego, California, following Donald’s retirement. Mary went on to become a nurse (LPN) and worked at Kaiser Permanente Hospital in San Diego, and the VA Hospital in La Jolla, California. Moving to Prescott, Arizona, in 1981, Mary worked at Samaritan Village for several years before retiring. Mary and Donald were married 55 years until Don’s passing in 2001.

The family of Mary Thomas would like to thank the staff of New Horizons care facility in Chino Valley, Arizona, who cared lovingly for Mary.

A private interment will be held at Ft. Rosecrans National Cemetery, San Diego, California. The family requests donations be made to the Prescott Public Library in lieu of flowers.