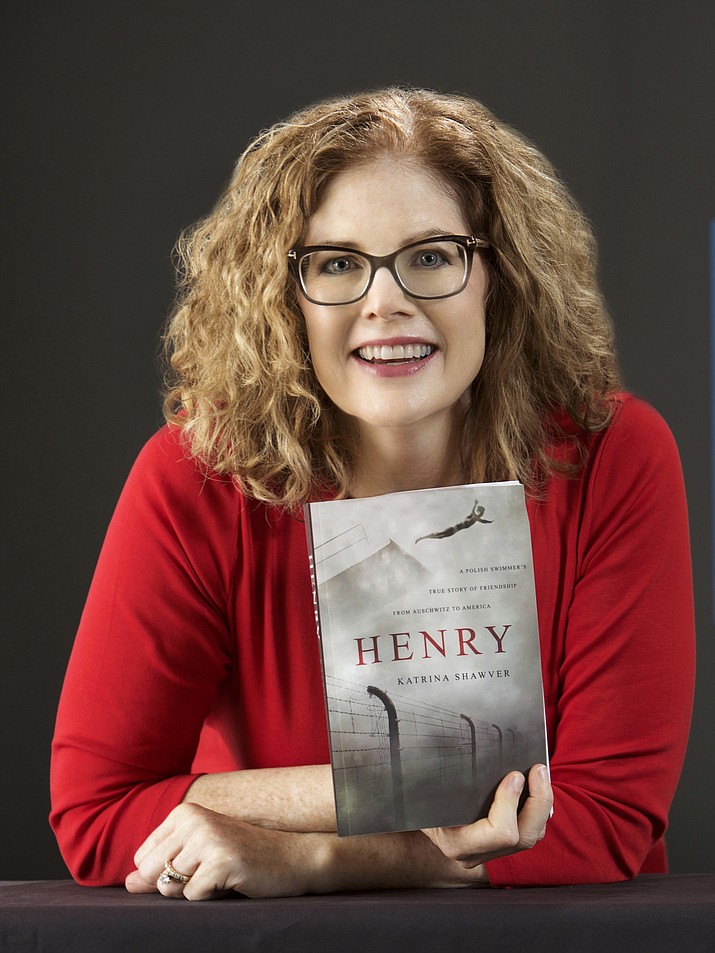 Katrina Shawver, a mother of three children younger than 8, is the author of "HENRY: A Polish Swimmer’s True Story of Friendship from Auschwitz to America.”

Katrina Shawver is “passionate about the power of the written word to influence opinion, provoke discussion, and inform the community.” Her “accidental” writing career began in 1996.

At that time, Shawver was a mother of three children younger than 8, and she was frustrated with the Arizona Republic’s coverage of schools. She wrote the editor, complaining that parents’ perspective had been overlooked, and she added a post script: “I’m a mom and have an English degree. If you don’t find anyone else to write and offer another perspective on schools, then I will.”

Six months later, the Republic offered Shawver a regular column in a new community section of the newspaper. She accepted, and that put her on the path to a long, successful writing career and a date with history. 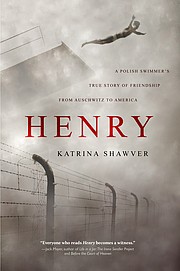 Shawver has called Phoenix home since she was 10 years old, when her father was transferred from Philadelphia for his job. She graduated from the University of Arizona in Tucson and soon landed a job in software support for a state agency. That’s where she met her husband, Rick.

She and her husband decided to stay in Phoenix to raise their family, with a bonus; all four grandparents lived in the area.

Reflecting on her decision to accept the Republic’s offer to write a column, she mused, “Being asked to write for the newspaper changed the direction of my life, improved my self-confidence and taught me two lessons; first, be careful what you ask for, you just might get it, secondly, you don’t get anything unless you ask for it.”

Working in journalism provided lessons, too: a deadline is a deadline; writer’s block is NOT an option; you will be edited, so get over it; check your sources and verify your facts.

Becoming bolder as a writer lead to her most ambitious project to date. The common threads of her reading, writing and community preferences began to weave together. As a longtime fan of biographies and non-fiction literature, Shawver was captivated when, 15 years ago, she met 85-year-old Henry Zguda. His life and Shawver’s writing seemed destined to shine together. His story was a different perspective on the Holocaust, experienced through the Catholic Polish perspective.

Zguda (1917-2003) was born in Krakow, Poland. He became skilled in languages and was a competitive swimming champion and coach and a water polo player.

But in September 1939, Germany invaded Poland from the west, and Russia invaded from the east. By 1942, Henry was arrested by the Germans and sent to Montelupich Prison in Kraków, Poland. Later he was imprisoned at Auschwitz, also in Poland, and at Buchenwald and Flossenburg, concentration camps in Germany. He also survived a death march before being liberated at Dachau, another concentration camp in Germany, at the end of the World War II.

When Shawver initially interviewed Zguda, she found his story so compelling, she wrote “HENRY: A Polish Swimmer’s True Story of Friendship from Auschwitz to America.” The book was released in November 2017 by Koehler Books, Virginia Beach, Virginia.

Zguda related his personal story to Shawyer in the interview style of “Tuesdays with Morrie,” relying on his exceptional memory and a surprising cache of original Holocaust-era documents, most published for the first time in Shawver’s book.

She will present her book, “HENRY,” at the Peregrine Book Company, 219 N. Cortez St., Prescott, at 2 p.m., Saturday, Jan. 27. The talk coincides with International Holocaust Remembrance Day, which commemorates the Russian liberation of Auschwitz on Jan. 27, 1945.