Editorial: Sober Living Home crisis is part of Prescott’s past 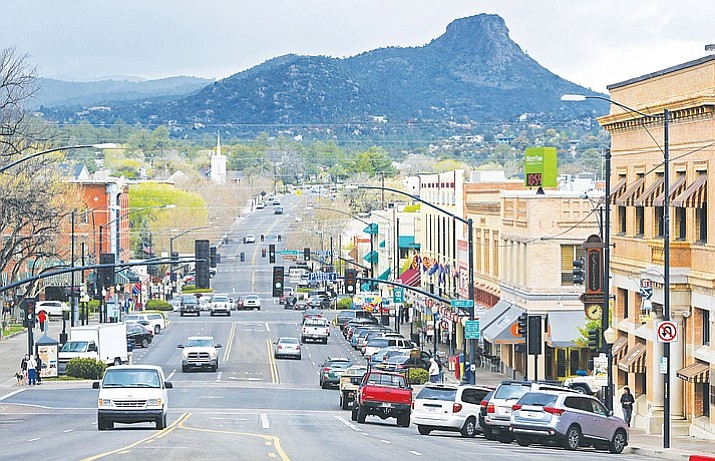 The number of sober living homes in Prescott has dropped from nearly 200 down to about 33 now, city officials have confirmed. Many of the abuses of the system have ended. (Courier file photo by Matt Hinshaw)

"The drug crisis has turned countless recovered addicts into businesspeople: They get clean, open their own clinics, and sometimes take over the neighborhood."

The New York Times did a five-story package on America’s drug crisis, leading with the current problem, opioids. One of those five stories focused on Prescott and its history with sober living homes.

And that’s just the point, history.

Very little in the story, which is done well, will be new to regular readers of The Daily Courier. Our reporter, Cindy Barks, has been on top of this story from the start.

The number of sober living homes in Prescott has dropped from nearly 200 down to about 33 now, city officials have confirmed. Many of the abuses of the system have ended.

The city deserves some credit for that, by passing an ordinance in October 2016 that mandated at least one house manager was present and awake at all times.

The state also gets credit for making it easier for cities to regulate this industry, a law that Rep. Noel Campbell, R-Prescott, pushed through.

But the biggest credit for changing the sober living home map in Prescott goes to an insurance company, Health Net, based in Woodland Hill, California. That company became alarmed at the increase in expenses for people living in group homes and investigated.

They detailed huge charges that made no sense. They got those expenses under control and the sober living homes discovered they wouldn’t be able to take advantage of the system any longer. That’s when the number of homes dramatically fell in Prescott.

We have no problem with sober living homes, this is a great place for people to come and start putting their lives back together.

The sober living homes that remain are doing that. They now must be licensed by the city and the insurance companies are checking to make sure they don’t return to the days when they were billing $5,000 for equine therapy.

More can be done to protect the patients living in these homes and ensure that the few homes that remain are good neighbors.

But the sober living home crisis in Prescott is now in the past, making the New York Times focus on the issue a little late. Hopefully, Prescott’s example can help other communities deal with this issue.