Yavapai Downs sale goes through
Investors buy track for $3.22M; hope to reopen it this summer 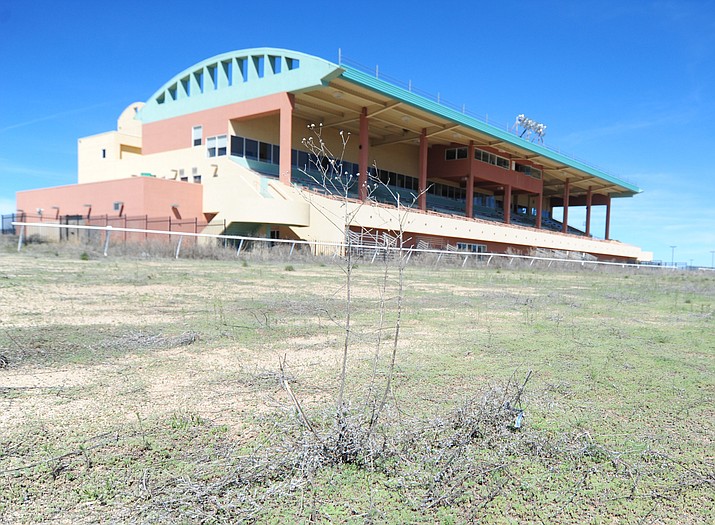 The property at the northeastern edge of Prescott Valley went into bankruptcy in 2015 after former owner, Gary Miller, tried unsuccessfully for two years to bring live horseracing back to the track.

“Corey is the best horseman anywhere,” Tom Auther said. “He is popular amongst horsemen and an all-around superstar in the industry.”

Yavapai Downs consists of 120 acres and can accommodate 800 horses. The 90,000-sq-ft grandstand and clubhouse have been vacant for the past three years. The five partners expect to invest millions of dollars in improvements before they open.

While they have hopes of opening this year, the tight timeline includes the application process for a live-racing permit from the Arizona Racing Commission and the amount of work needed on the property.

“We’d like to, but so much is depending on the permit processing by the state. The season runs from Memorial Day to Labor Day, and it could be April before we’re permitted,” Tom Auther said, adding that he foresees no problems with the application.

He acknowledged that “a lot of money” needs to be spent to get the track up and running. The partners won’t put funds into the structures until the track gets its permit, however.

Johnsen has a long and successful history in opening and reopening racetracks, the press release states. In his early years, he worked as a backstretch groom while attending Arizona State University, and his first job out of college was in marketing and public relations at Turf Paradise in Phoenix.

“The Arizona horse racing scene holds great sentimental value for me, and it’s very gratifying to be part of re-establishing a year-round racing circuit,” Johnsen said.

In late December, Prescott Valley Community Development Director Richard Parker said the town was not party to the real estate transaction. He had, however, spoken to one of the JACOR principals and was told the sale would close Jan. 9. Town Manager Larry Tarkowski also said in late December that he had heard there might be a sale, but had no details to share.

“This track is a real gem. Yavapai Downs is a great structure that will be a fun place to offer summertime horse racing in Arizona,” Auther said. “It could be really good for the area.”