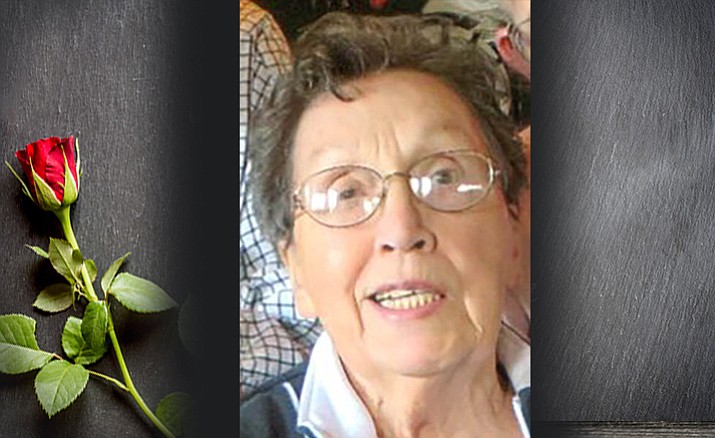 Rosemary Johnson, 93, was born Dec. 30, 1924, in Milwaukee, Wisconsin. Shortly after her birth, she was adopted by Lulu and

Ever Johnson of Prairie du Chein, Wisconsin. She died peacefully on Jan. 3, 2018, in Prescott, Arizona.

At age 11, Rosemary was united with her biological father, Ray Frankland and her paternal grandparents, aunts and cousins. Her paternal relatives had a profound and positive impact on her life. After graduation from Beloit, Wisconsin, High School, she enrolled in the Milwaukee General Hospital School of Nursing and joined the Cadet Nursing Corps during World War II.

She was chairperson of over 50 students’ research projects and theses. Rosemary retired from the ASU College of Nursing as Professor Emeritus in 1987. Her professional service experiences included serving on the National League for Nursing Collegiate Board of Review. She made accreditation visits to collegiate nursing education programs throughout the US.

She also served as President of the National Committee of Graduate Faculty in C.H.N./P.H.N. She was a delegate to the Western Interstate Commission for Higher Education. Among her numerous honors and awards were: membership in Phi Kappa Phi and Sigma Theta Tau; outstanding faculty of the ASU College of Nursing in 1985; and selection as “Business Woman of the Week” by the Mesa Arizona newspaper.

Rosemary traveled extensively in the US and in several continents of the planet. She enjoyed camping, gardening, reading, music, dancing, and composing poetry. She particularly enjoyed the constant companionship of her wonderful dogs. In 1993, Rosemary moved to Prescott with her longtime friend, Juanita Murphy, and they settled in Williamson Valley.

Rosemary is predeceased by her biological and adoptive parents and her adoptive brother. She is survived by nieces, Terry Karrow, Susan Maluig, and Janice Johnson as well as seven great nieces and two great nephews and numerous Frankland cousins. She is also survived by her longtime friend, Juanita Murphy and numerous friends, faculty colleagues, and former students. A Memorial Celebration of Rosemary’s life will be held at Unity Church, 145 S. Arizona Ave, Prescott, Arizona, on Jan. 13, 2018, at 11 a.m.

In lieu of flowers, contributions can be made to the Rosemary Johnson Nursing Scholarship at ASU College of Nursing and Health Innovations. Please visit and sign Rosemary’s guest-book at: www.ruffnerwakelin.com. Funeral arrangements entrusted to Ruffner-Wakelin Funeral Homes.