Lawmaker tries to get tax relief for hearing aids
Politics, effort to eliminate other tax breaks get in the way 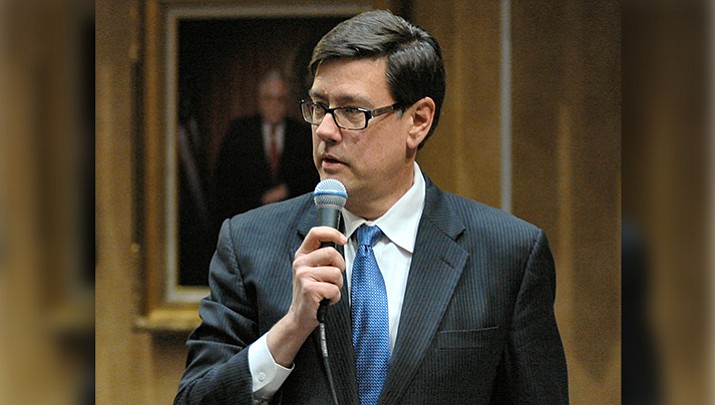 PHOENIX — The question of whether those with hearing impairment get tax relief could depend on whether lawmakers are willing to consider eliminating other tax breaks.

Several members of the Senate Finance Committee indicated during a hearing Wednesday they are sympathetic to pleas by the Arizona Commission for the Deaf and Hard of Hearing to exempt the batteries used in hearing aids from the state’s 5.6 percent sales tax.

Prices vary widely, with retailers charging anywhere from less than $3 for a six pack to more than $10. But the number of batteries bought clearly adds up: The Department of Revenue figures the state collects an estimated $1 million a year.

He said, though, the state can’t afford the loss. So Farley wants to make the legislation contingent on ending two other tax breaks, both of which benefit those who don’t even live in Arizona.

But his proposal could end up scrapped, not because of its merits but because of politics: The Republican sponsor of the legislation is not interested in giving a victory to someone hoping to oust incumbent Gov. Doug Ducey.

In general, Arizona law exempts medical devices from sales taxes. That includes hearing aids themselves and any parts like ear molds.

Batteries, however, are in a different category. SB 1049 would end the difference.

That’s fine with Farley — as long as the state finds a way of making up that $1 million.

One fairly complex break he proposes to eliminate deals with taxing the cost of processing things such as natural gas, sand and gravel. He said it costs the state $836,000.

Farley also is taking aim at a much simpler — and more recent — exemption pushed into law two years ago at the behest of dealers of expensive art hoping to boost sales to tourists.

In essence, the law says if you’re an Arizona resident who buys art at a gallery, you pay the state tax. But if you live somewhere else and have it shipped out of state, there’s no tax.

“Whenever we put forward another exemption from the sales tax, another loophole, no matter how worthy, we need to discuss which other ones we’re going to get rid of so we’re at least revenue neutral,” Farley said.

The Department of Revenue says if Arizona taxed every transaction, the state would collect another $13.5 billion a year. That dwarfs the $4.5 billion actually collected last year in sales taxes.

Farley said lawmakers should not just keep adding to that list, even with just a $1 million price tag.

“We can’t keep digging the hole that we’ve found ourselves in,” he said. Farley said SB 1049 gives lawmakers a chance to decide if some of the existing tax breaks make sense.

Sen. Karen Fann, R-Prescott, said she appreciates what Farley is trying to address.

“We know we don’t have enough money for our highways,” she said.

“We know we don’t have enough money for our schools,” Fann continued. “All schools need better funding.”

“I think his concept is logical,” said Sen. David Farnsworth, R-Mesa, who is both the sponsor of the measure and chairman of the Finance Committee. “I don’t disagree with his theory.”

But Farnsworth said he’s not interested in linking the tax break on hearing aid batteries to a discussion of the other exemptions.

“I think we ought to stick to the subject,” he said. “It kind of complicates our bill.”

And there’s something else: Farley hopes to be the Democrat nominee for governor and go up against Republican incumbent Doug Ducey in November.

“I don’t want to give him any support against a governor I prefer,” Farnsworth said.

The measure is set for a committee vote this coming Wednesday.

If SB 1049 becomes law, it would become the latest in an extensive list of exemptions from the state sales tax.

The biggest is whole trade. Unlike countries with a “value added tax,” Arizona only taxes an item when it goes to the final consumer, foregoing about $3.5 billion in revenues.