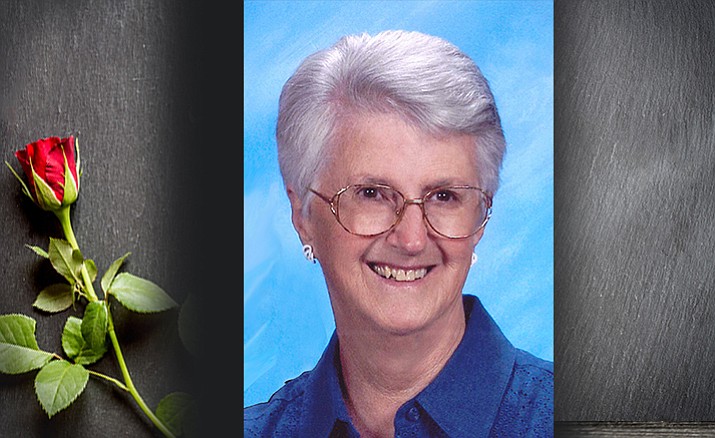 She and her husband of 66 years, Robert “Bob” Bird, had moved to Idaho last August to be near their eldest son and his wife.

Amy was born July 21, 1927, at Thorp, Washington, to Herbert and Ileen (Hyder) Legg. She grew up on her family’s farm in Kittitas, Washington. Amy graduated in 1949 from Central Washington College of Education (now Central Washington University) in Ellensburg, with a degree in history. After graduation, she taught kindergarten in Bellevue, Yakima and Ellensburg.

Amy and Bob were married Dec. 22, 1951, at Grace Episcopal Church in Ellensburg. The following year, the couple moved to Kellogg, Idaho. Bob and Amy moved in 1977 to Clarksville, Tennessee, where Bob worked for Jersey Miniere Zinc Company until his retirement.

In 1993, the couple moved to Yavapai Hills in Prescott. Amy was a member of St. Luke’s Episcopal Church and was active in P.E.O., an international women’s philanthropic organization. Her hobbies included needlepoint, gardening and reading.

In 1977, Amy and Bob spent a month in England and Scotland, and returned to Britain in 1980. They took a cruise through the Panama Canal in 2008 and toured New Zealand in 2010. Closer to home, they participated in an Elderhostel on the Navajo and Hopi reservations.

Survivors include her husband, Bob; two sons, Kenton, and his wife, Gerri Sayler, of Moscow; and James, and his wife, Nanette, of Firestone, Colo.; two granddaughters, Jaci Bird, her fiancée, Apollo Kinsey, and their son, Killian Bird, all of Marana, Ariz., and Julia Bird of Firestone; two brothers, App Legg, of Yuma, Ariz., and Dan Legg of Sarasota, Fla.; two sisters, Joan Klemmer of Spokane and Mary Hayes of Yakima, and numerous nieces and nephews. Their son John died in 1988.

A memorial service will be held at 11 a.m., Saturday, Jan. 27, at St. Mark’s Episcopal Church in Moscow. The family suggests memorial contributions to the Prescott Public Library or to P.E.O., earmarked for Cottey College.