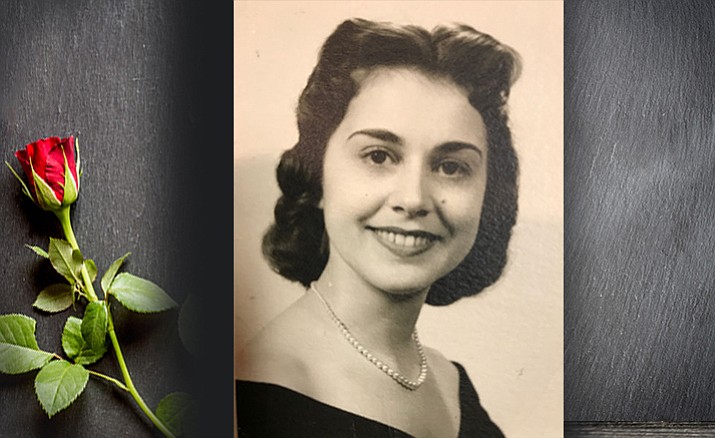 Marie D. Rosmaita, 82, of Prescott, Arizona, passed away on Dec. 18, 2017. The daughter of Theodore and Madeline Durante, she was born in New Jersey and married John “Jack” Rosmaita in 1961.

Marie was the beloved mother of Brian (Deborah), Denise (Bob) Secrist, Gregory, and Karen (Tony) Fargo, and the cherished grandmother of Ashley, Rob, Jack, Annelise, and Charlie. She is also survived by her sister, Lucille Durante.

Marie attended Immaculate Conception High School in Montclair, New Jersey, Catholic University in Washington, D.C., and graduate school at Ohio State University, where she wrote her Master’s thesis on “The effect of speech therapy on certain linguistic skills among children with articulatory disorders in the primary grades.”

A dedicated and true friend to many, Marie had a compassion for helping others, both formally through volunteering and informally by adopting various wayward souls into her family who became honorary aunts and uncles.

She founded the Speech and Hearing Department at the Hunterdon County Medical Center, and volunteered at the Veterans Administration in Prescott, as well as served as lector during Catholic services. Marie and Jack adopted Prescott as their hometown in 1999.

In her final days, her devoted husband of 56 years, Jack, was by her side. She was surrounded by her children and adored family friend George Holland, whose wife Debi and children Palmer and Magda, along with Marie’s five grandchildren, called her “Grams.”

A private service was presided over by her friend and confidant, Fr. Jerry Caffrey.