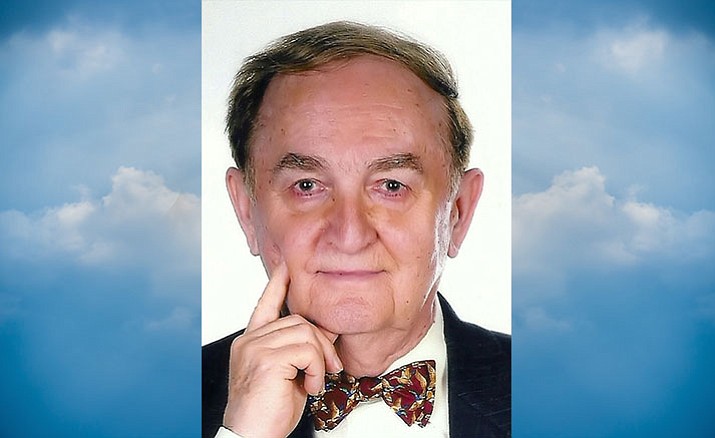 In 1996, Prof. Bieniawski retired from Penn State on his 60th birthday to Prescott, having become Visiting Professor of Design Engineering at the University of Cambridge, England. Recognizing his academic achievements and professional services to the engineering community, the University of Madrid, Spain, honored him with the award of Doctor Honoris Causa and Distinguished Professorship in the claustro estraordinario (council of Spanish professors) on Oct., 1, 2001 (his 65th birthday). Subsequently, a lecture hall (la Aula) was named after him by the University of Madrid, and a Scholarship and an annual Prize in his name, were established by an industrial sponsor.

In 2010, the AGH University of Science and Technology in Krakow, Poland, the city of his birth, honored him with the award of Doctor Honoris Causa and Visiting Professorship.

Prof. Bieniawski was trained as a naval architect and marine engineer in Poland, graduated in South Africa as mechanical engineer and obtained a doctorate in mining and tunnel engineering. In the process he invented a world-famous Rock Mass Rating (RMR) system used extensively today in tunnel design and construction.

The author of 12 books and over 200 research publications, Prof. Bieniawski especially enjoyed teaching during his 20 academic years at Penn State, particularly to freshman students in mechanical engineering, STS (science, technology, and society) and to seniors and graduates in mining engineering. He was named the Best Teacher at Penn State by Leonard Center for Enhancement of Engineering Education and became the only Penn State professor ever to win the academic “Triple Crown” of visiting Professorships at Stanford, Harvard, and Cambridge, England.

After his “retirement” to Prescott, which he called “renaissance living,” Prof. Bieniawski wrote three new books, but none of them technical; they were: a fantasy story for his eldest grandson, a non-fiction discourse on renaissance retirement, and … a murder mystery novel in academic setting. For many years, he volunteer taught at the Yavapai College in subjects such as foreign policy and the interaction of science and religion.

A registered professional engineer, Prof. Bieniawski was also commissioned a Navy lieutenant after four years of military training. But few know that in his youth he was an actor and theater director, made two scientific movies, managed a volleyball team which won a provincial championship and became the only Distinguished Toastmaster in South Africa-excelling in communication and leadership.

Prof. Bieniawski’s hobbies were genealogy, studying Spanish language and culture, foreign affairs, and hiking Prescott trails. With Elizabeth, his wife of over 50 years -- who is a historian and library science professional -- Prof. Bieniawski is the proud parent of three sons and eight grandchildren. Favorite quotation: “Enthusiasm is the greatest asset in the world; it beats money, power, and influence.” (Henry Chester)