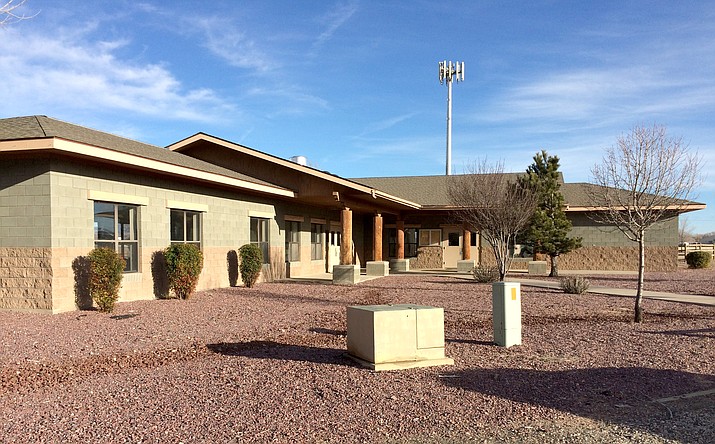 Boys and Girls Club plans to use the Community Center in Chino Valley. (Courtesy)

The Boys & Girls Club of Central Arizona is putting the finishing touches on its space at the Community Center and a program in Chino Valley, said Kristen Kerns, unit director for Prescott Valley and Chino Valley.

Teens can pretty much start coming at any time, Kerns said. The only aspects left to take care of are getting the new computers in and getting some of the program ready, she said.

“We’re going to try to do a launch event here in the next couple weeks for the teens to come out,” Kerns said, stating the club is “really just finalizing what kind of activities we want to have with the teens.

The Boys and Girls Club will be open when high school gets out until 7 p.m. Monday through Thursday and from 11 a.m. to 7 p.m. on Friday at the Community Center, 1615 N. Road One East.

In September, the Chino Valley Town Council approved a 10-year lease agreement, allowing the Boys & Girls Club of Central Arizona to rent space at the Community Center for $1. The Town of Chino Valley had wanted the club to have a local presence for quite a while, according to a staff report by Community Services Director Scott Bruner. At the Sept. 12 town council meeting, Bruner said there was never an adequate facility. Past editions of the Chino Valley Review also indicated there used to be a Chino Valley Boys & Girls Club and detailed there were financial difficulties.

Also at the Sept. 12 meeting, Vice Mayor Lon Turner said that council looked into the possibility of the Boys & Girls Club having a presence with no luck.

“It didn’t look like it was a viable way to go,” he said at the meeting. “I’m glad to see the tables turn.”

Though there were a lot of teens that indicated they were interested in being a part of an advisory board for the Chino Valley club, one hasn’t been set up yet, Kerns said. As such, club staff is still looking to establish one to help run the direction of the club and advise on what activities the club should do as well as indicate if there are any community service projects to work on with the Keystone Program, which is the club’s character and development leadership program, she said.

Even if there’s no advisory board yet, staff can make educated guesses on what direction to take the club based off of what’s worked in other teen centers and other Boys & Girls Clubs across the country, Kerns said. Those guesses will get the club started and quickly, it will turn into what the teens in Chino are looking for, she said. The hope is to have at least 50 teenagers joining and attending, Kerns said.

“We want the teens in Chino Valley to feel like they have a place to call their own during out of school time where they’re getting support and mentorship from other adults and peers in the community and get support when figuring out colleges and graduation and transitioning from a teen to an adult,” she said. “We have some amazing staff members that we’ve hired that are going to be running the club day in and day out that are going to be wonderful mentors to those teens.”