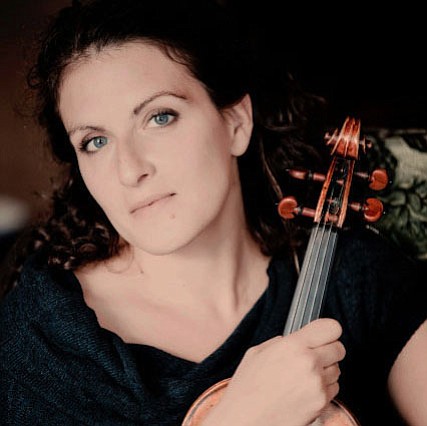 The afternoon’s program commenced with the seldom performed Passacaglia, Op. 1, by Anton Webern, a student of the highly regarded Austrian composer Arnold Schoenberg. The opulent piece surprises at the start with lone muted pizzicato in the strings, and then surges through its lush variations to a satisfying end. Some peaceful, others frantic, still others perhaps disturbing, the thematic creations were all intensely interesting. The orchestra rose to the occasion with precision and high energy. Section principals shone in the numerous solo riffs that showcased the musicians.

Robert Schumann’s familiar Symphony No. 4 in D minor proved a more classically structured work as a follow-up to the unusual Webern piece. Alternating lilting and triumphant themes characterized the first movement, conducted to a confident tempo. In contrast, the second movement provided the lovely pastoral break in the frenzy. This led uninterrupted into a bold, moody third movement. The final and fourth movement reconciled all that had gone before with buoyancy and optimism that gave way to an exciting finale.

To Munoz’ animated baton, the orchestra put on a dazzling performance! Even so, the highlight was still to come. The concert’s second half featured Johannes Brahms’ Concerto in D minor for Violin and Orchestra, always a fan favorite and one of the greatest violin concertos ever written.

The Phoenix Symphony Orchestra performs several concerts each year at the Yavapai College Performing Arts Center, 1100 E. Sheldon St., Prescott, AZ 86301. The orchestra’s next concert in Prescott is scheduled for March 18, at 3 p.m., with a pre-concert informative lecture at 2 p.m. Stingle ticket prices range from $29 to $42. Student tickets (full time students, with valid student ID, taking 12 or more credits) are available for $10 on the day of the concert only. Season subscriptions are available; season ticket prices represent a 20 percent discount off the single ticket price. For more information call the Yavapai Symphony Association at 928-776-4255.