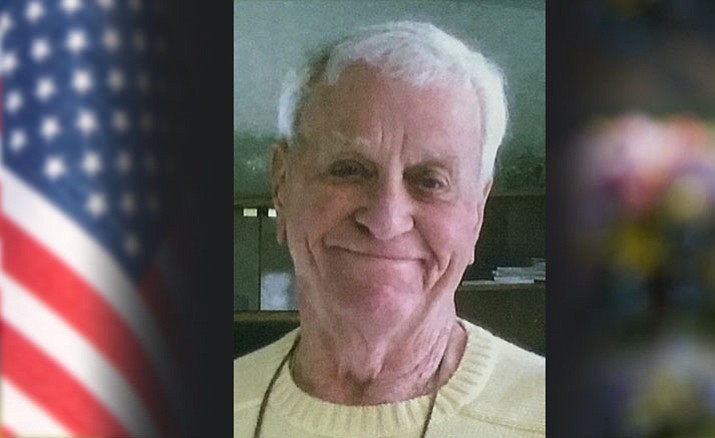 Clifford Hunt, 95, died peacefully after a brief illness on Feb. 18, 2018, in Prescott, Arizona, his home for the last two decades of his life. Cliff was born in Beverly, Alberta, to John and Edith (nee Atherton) Hunt, from Leigh, Lancashire, England. The family emigrated to Los Angeles, California, in 1928 to join Edith’s family, who had emigrated to the U.S. after World War I. Cliff and his family became citizens in 1934. Although he had an older sister, Cliff spent most of his time with cousins who lived nearby or exploring on his own. He was a competitive swimmer and always loved being near the water.

Cliff was a part of the Civilian Conservation Corps before World War II, building fire breaks in the mountains above Los Angeles. He served with the United States Army Air Force “Mighty 8th” Global Strike Command’s 93rd Combat Bombardment Wing in the 490th Bomb Group as an Airplane Mechanic Gunner in England during WWII, stationed at Eye Airfield, and flew over 25 missions over France and Germany, attaining the rank of Technical Sergeant. He also served during the Korean War as part of the Medical Detachment as a Medical Psychologist at Camp Cooke, California, and was discharged in 1952 with the rank of Master Sergeant.

After WWII, he returned to Los Angeles to attend the University of Southern California (USC) with a major in Psychology, eventually completing a Doctorate of Psychology. He taught at San Fernando State College, and had a shared private practice until he took a professorship at University of Alaska, Anchorage. He fell in love with the area, and the draw of wild country encouraged him to explore the quieter places of tall mountains, deep ocean (and wreck diving), wild cliffs, and high desert. Those were the places he would choose to live in for the rest of his life. His one regret was not making it back for one more swim in the Pacific.

Although not traditionally “religious,” Cliff was a spiritual man who studied and practiced many types of healing arts and art therapy. There was no subject about which he was not curious. And every curious subject found him reading and studying until that curiosity was satisfied. The arts were a huge part of his life from his teens into his 90s. He began journaling and painting as a teenager, added recorder and mouth harp in his mid-life, and began playing both ukulele and piano in his 80s.

He met his wife, Jean, while teaching clog dancing in Yuma, Arizona, and after they moved to Prescott, they were members of the Yavapai College Community Chorale for many years. In his final years, he returned to his Celtic roots and created small balanced-stone sculptures for anyone who seemed like they needed one. He collected rocks from anywhere and everywhere and would often collect them as he took long walks around Prescott. He also was the first-place winner in his age group for many walk-races in Prescott – albeit, often the only one in his age group. Cliff is pre-deceased by two ex-wives, DeEtta (nee Miller) and Betty Wynn (nee Cruickshank); his sister, Florence; and his only son, Bradley.

No service or memorial is planned at this time.