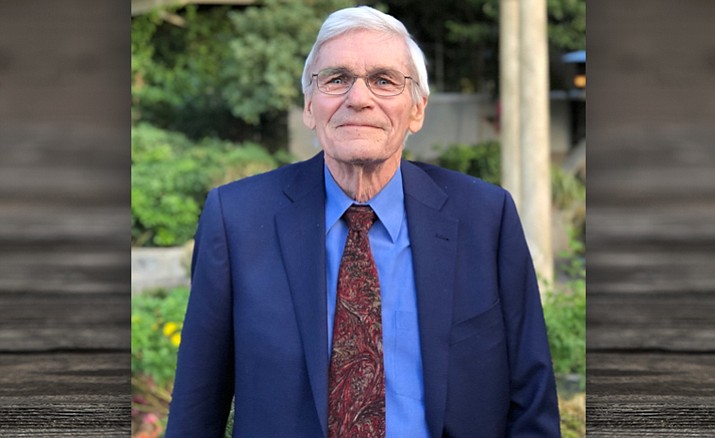 A native of St. Johnsbury, Vermont, Mike graduated from the St. Johnsbury Academy in 1962. Upon graduation, he enlisted in the Navy, attended Naval Justice School in Norfolk, Virginia; then he served as a Yeoman for three years on the USS WASP (CV 18) as the ship’s Legal Office Supervisor. In 1965, he married Mary Blanchard, also of St. Johnsbury. After serving in the Navy, Mike worked for Beneficial Finance in offices throughout New England for 12 years. He and his family lived in Raynham, Massachusetts, for six years before moving to Cypress, California, in 1979. While in Southern California, Mike worked as a General Manager for Cleland Sales Corp. until he and Mary retired to Prescott Valley, Arizona, in 2004.

Mike was known by family and friends as an incredibly kind, friendly and gentle spirit. He loved being a grandfather, and truly enjoyed every moment he got to spend with his wife, children, grandchildren and many friends. He had a passion for an occasional game of poker and really loved Slo-Pitch softball, playing for about 30 years in various leagues throughout California and Arizona.

Mike was preceded in death by his parents, Earl and Irene Pollock; by his three sisters, Arlene, Jacqueline and Shirley; and by his brother, Billy. He is survived by his wife of 52 years, Mary; son, Kevin and his wife, Sharmaine; son, Brian and his wife, Wendy; and five grandchildren, (Brittney, Kameron, Jessica, Nicole and Joshua). A Celebration of Mike’s life will be held on Feb. 24, at 1 p.m., at the Prescott VA Chapel (Bldg. #152 at the VA Medical Center), 500 N. US Highway 89, Prescott, Arizona, 86314. Arrangements entrusted to Ruffner-Wakelin Funeral Homes.