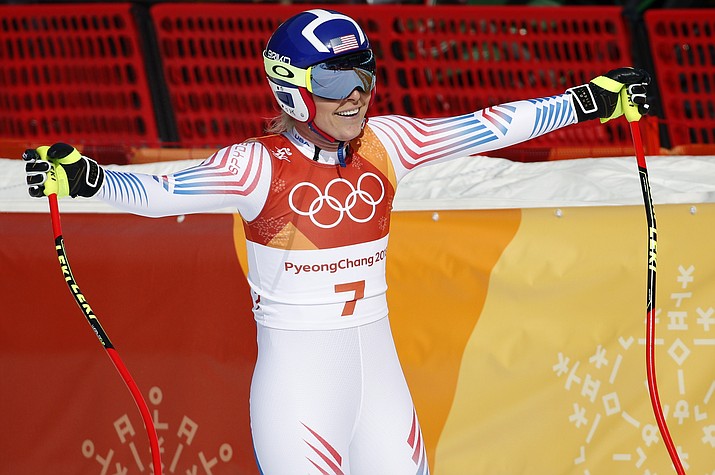 United States' Lindsey Vonn smiles in the finish area after competing in the women's downhill at the 2018 Winter Olympics in Jeongseon, South Korea, on Wednesday, Feb. 21, 2018. (Christophe Ena/AP)

Ragnhild Mowinckel of Norway was the surprise silver medalist after turning in a sizzling run as the 19th racer on the course. Mowinckel also earned silver in the giant slalom at these Games.

Goggia finished in a time of 1 minute, 39.22 seconds to hold off Mowinckel by 0.09 seconds. Vonn finished 0.47 seconds behind Goggia.

At 33, Vonn becomes the oldest female medalist in Alpine skiing at the Winter Games. The record was held by Austria’s Michaela Dorfmeister, who was just shy of her 33rd birthday when she won the downhill and the super-G at the 2006 Turin Olympics. This is likely Vonn’s last Olympic downhill race.