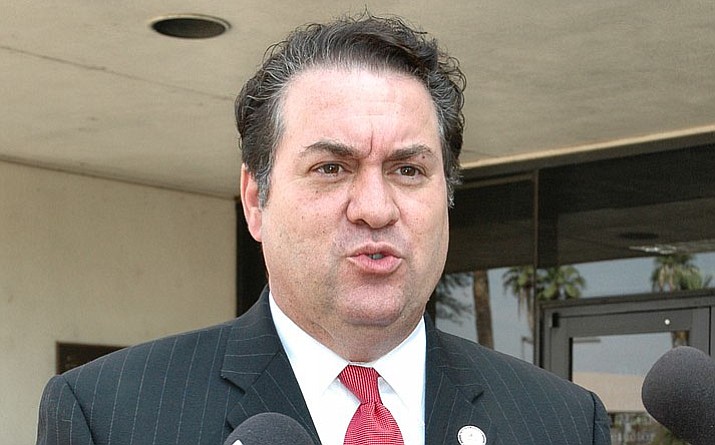 PHOENIX — The Arizona Supreme Court has agreed to decide whether “dreamers” who the federal government has allowed to remain in the country are eligible to pay the same reduced tuition as other Arizona residents.

In a brief order Tuesday, the justices said they want to hear arguments from both the Maricopa County Community College District which has granted in-state tuition and Attorney General Mark Brnovich who contends they are not. The justices did not set a date for a hearing or give any indication of what they are thinking.

But Tuesday’s order is, for the moment, a victory for the college and students in the Deferred Action for Childhood Arrivals program. It means the justices will review last year’s ruling by the state Court of Appeals that a 2006 voter-approved law makes the lower resident tuition off limits to them.

What the justices decide will have implications beyond just the Maricopa colleges.

It also will affect the policy of the Board of Regents which continues to allow DACA recipients to attend the state’s three universities while paying in-state tuition if they meet other Arizona residency requirements. Several other community colleges also offer a reduced tuition to dreamers.

Central to the issue is the legal status of DACA recipients.

In 2012 the Obama administration decided that those who arrived illegally as children and meet other conditions can qualify for the program. That status, which can be renewed biennially, means they are in no danger of being deported.

President Trump has announced he intends to rescind the policy if Congress does not act but has yet to do so. In the meantime there are legal challenges to whether he can do that.

At issue here is Proposition 300, the 2006 Arizona law which says that someone who is “not a citizen or legal resident of the United States or who is without lawful immigration status is not entitled to classification as an in-state student.” That law also denies them any type of financial assistance that comes from state funds.

“They are more aptly described as beneficiaries of an executive branch policy designed to forego deportation of those who lacked unlawful intent in entering the country and have, since their arrival, led productive lives,” wrote Judge Kenton Jones. “However, even accepting DACA recipients’ positive societal attributes, Congress has not defined them, or deferred-action recipients generally, as ‘qualified aliens’ who are ‘lawfully present’ and therefore eligible to receive in-state tuition benefits.”

Jones acknowledged that Congress has given individual states the option of offering state or local public benefits to those not here legally, including in-state tuition. But he said that has been precluded in Arizona by Proposition 300, making any action to the contrary by college governing boards illegal.

In seeking Supreme Court review, Mary O’Grady, the attorney for the Maricopa colleges, said the appellate court ruling is wrong because it relies on that language of the 2006 law about who is a “legal resident” or “without lawful immigration status.”

O’Grady said neither phrase is defined anywhere in state or federal law.