Stock drop could pose risk to US economy – if it endures 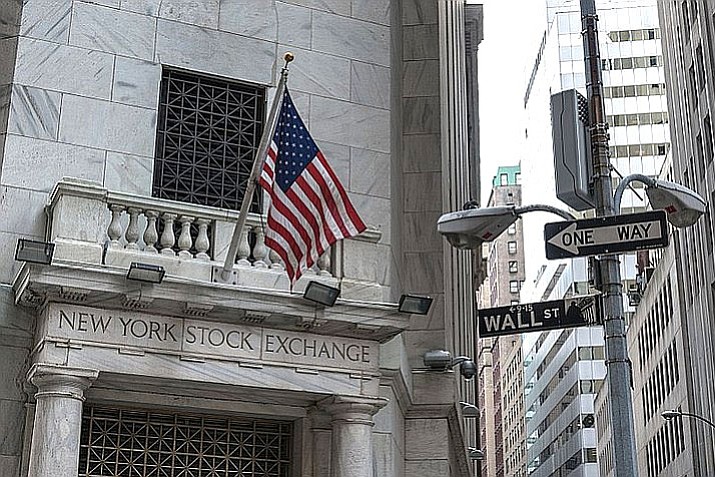 Most economists see the current drop as an inevitable result of stocks’ rapid ascent since then. And few think most investors are about to curb their spending.

WASHINGTON (AP) – The tumble in U.S. stock prices has inflicted psychological pain and financial losses – at least on paper – for people with a meaningful stake in the market. Their anxiety conjures another fear, too: That consumers and businesses might slash their spending in response.

Consumers are the engine of U.S. economic growth, so any sharp pullback in their spending would hurt. Could the result be a weaker economy and lost jobs?

So far at least, there's little sign that the correction in the Dow Jones industrial average – it dropped 10 percent from its peak late last month – will squeeze the economy. After rallying by the time the market closed Friday, the Dow is still about 50 percent above where it was after its last correction in February 2016. Most economists see the current drop as an inevitable result of stocks' rapid ascent since then. And few think most investors are about to curb their spending.

Market declines that do end up derailing an economy are typically triggered by financial imbalances – unsustainable debt, for example, which ignited the Great Recession in 2007. Americans haven't taken on nearly as much debt as they did before the financial crisis. Banks have much more cash in reserve. Regulations have reduced the kind of high-risk mortgage lending that fed the 2008 financial crisis. Corporate profits are strong and growing.

Referring to the stock market's swoon, Daco said: "We might be seeing a more normal evolution of things. Ups and downs are not atypical."

Still, if stocks should fall into "bear market" territory – defined as 20 percent below recent peaks – or plateau for months without any real gain, the economy would face greater risks.

Consumer confidence would likely suffer. Diminished household confidence tends, over time, to slow growth. Americans are collectively far more likely to spend more – especially for costly purchases like homes, cars and vacations – when their household wealth is stable or growing and they're optimistic about their financial futures.

Confidence among consumers and businesses jumped after President Donald Trump's election and reached a 17-year high in November. Stock prices rose, and so did consumer spending.

What economists call the "wealth effect" is the phenomenon that occurs when growing home values and stock prices make people feel richer and more secure. Households tend to spend down some of that wealth, thereby boosting the economy.

One trend that may shield the broader economy this time is that, according to many analysts, the wealth effect is smaller than it was before the recession. A key reason is that Americans have been a bit more frugal for the past decade, with many regarding their housing or stock market wealth as more ephemeral than they did in the past.

Since the recession, consumer spending has grown about one penny for each dollar of additional stock market and housing wealth – down from 3.5 cents before the downturn – said Michael Feroli, an economist at JPMorgan Chase. As a result, spending might not fall as much this time.

Even if the wealth effect is less pronounced, it still has an impact. The sharp rise in share values in the past year – before the past week's correction – added about $8 trillion in household wealth. Even if just one penny of every dollar of that gain were spent, it would translate into $80 billion, or about one-quarter of the overall increase in consumer spending in 2017, Feroli said. A reversal of that trend could pinch the economy.

Businesses, too, could pull back if stocks keep falling. If corporate managers worry that Americans eventually won't spend as much in the face of a sustained market decline, they would likely stockpile fewer products and postpone plans for hiring or expansion.

A falling stock market can also make it more expensive for companies to borrow and raise money, because investors become less willing to buy the companies' stock offerings. Companies are then forced to borrow more instead – at higher loan rates.

Most economists, though, say stock prices would have to fall much further for these depressive effects to kick in. In fact, Feroli said he expects the economy to accelerate somewhat this year in part because of big spending increases that are included in a budget bill Congress approved early Friday morning.

The economy will likely now expand 2.6 percent in 2018, Feroli estimates, up from a previous forecast of 2.2 percent.

Others, too, think the economy will remain resilient unless the stock market keeps falling.

"In order for it to start affecting our forecast, it has to persist for a while," said Joel Prakken, chief U.S. economist for Macroeconomic Advisers by IHS Markit. "It's just not clear to me yet where this is going to settle."

Mark Zandi, chief economist at Moody's Analytics, suggested that the current gyrations are a "garden variety correction" – for now.

"These things can take on a life of their own," Zandi said. "Ten percent down is no big deal. Twenty percent – that's a big deal."