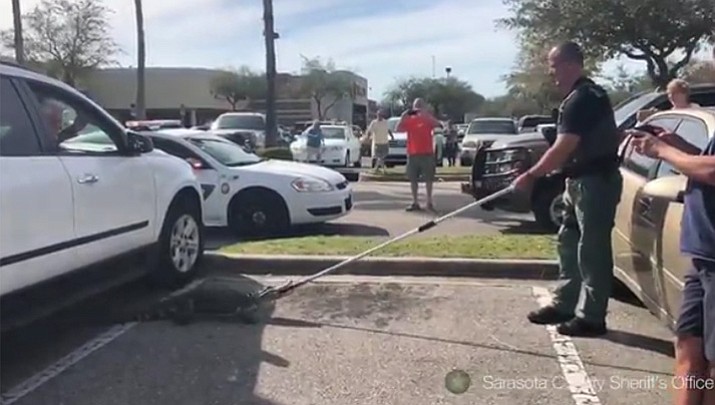 SARASOTA, Fla. (AP) — Authorities say deputies have removed a four-foot alligator from the parking lot of a Florida grocery store.

The Herald-Tribune reports that Sarasota County deputies responded Thursday to a Sarasota Winn-Dixie.

Sgt. Mark Tuls and Deputy Lincoln Dilling wrangled the reptile, which had been hiding under an SUV.

A sheriff’s office spokeswoman says the alligator was relocated to a less populated area in the eastern part of the county.