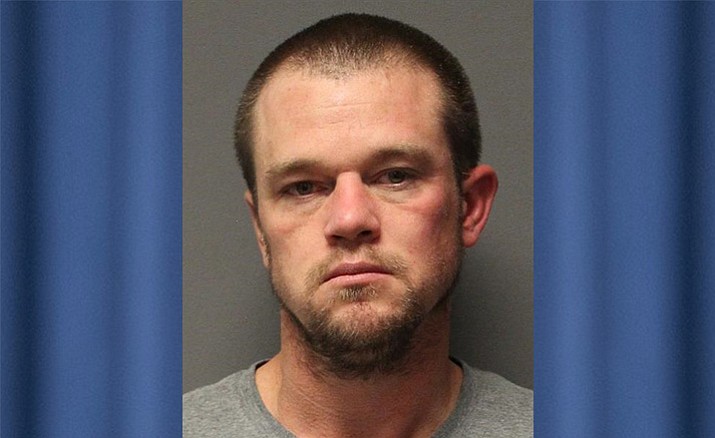 A man suspected of going on a spending spree with a Cornville resident’s credit card has been arrested in Cottonwood following tips from the public and continued efforts by the Yavapai County Sheriff’s Office (YCSO).

Immediately after a news release was issued on Jan. 25 that included surveillance camera images of the man, YCSO began receiving tips naming him as Branden Anderson, 33.

As soon as these surveillance camera images of a suspect being sought by the Yavapai County Sheriff's Office (YCSO) were published in local media on Jan. 25, community members began calling the YCSO to identify the man as Branden Anderson, 33.

Moving forward, deputies discovered and verified that Anderson was living in a residence in the 2700 block of Mesa Lane, Cottonwood. A search warrant was obtained and served Wednesday, Feb. 7, at the Mesa Lane home. Anderson was arrested and extensive evidence, including stolen property, was recovered during the investigation in the home.

Anderson was booked at the Yavapai County jail in Camp Verde on the following charges: