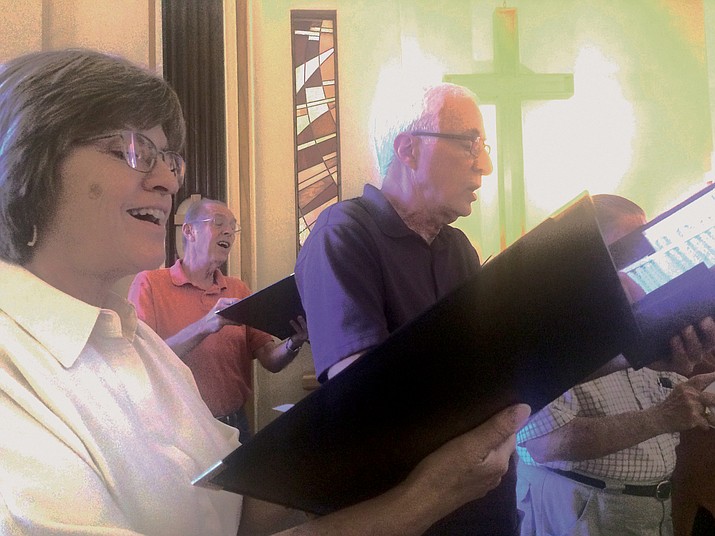 In picking out pieces for the next Camerata Singers concert, Conductor Dan Boyce said he was able to put in a lot of pieces he’d wanted to do for a long time.

They were all able to fit into the concert’s genre, 20th century British choral music, Boyce said. It's called “Gloria! A Choral Celebration of Contemporary Cathedral Compositions” and will be at St. Luke’s Episcopal Church, 2000 Shepherds Lane, Prescott.

“That was the impetus for this particular one,” he said. “It’s so varied; it’s all very tuneful, so it’s not contemporary music in the Avant-garde sense. It is very accessible, and it’s just beautiful, beautiful music.”

None of the music is the same, Boyce said. Some of the pieces are slow, some are fast, some is acapella and some has an accompaniment, such as a jazz trio in Bob Chilcott’s “Little Jazz Mass,” he said.

Tickets for the concert are $21 for general admission, $6 for youths ages 13-18 and free for children 12 and under. Tickets are available online at www.prescottchorale.org/Gloria or at the door. The concert begins at 3 p.m. Saturday, Feb. 3. Some of the pieces have been challenging to get ready for the performance, Boyce said. While the notes aren’t that hard, the rhythms can be as well as how to make music out of what’s on the page rather than just getting it correct, he said.

“You want it to speak to the audience,” Boyce said. “Getting beyond the notes and the rhythm into that musical realm which can really be certainly the place I want to take the audiences every time we have a concert … it will be a concert that will, I think, transport people and make them leave happy being glad that they came. The music is so wonderful it speaks for itself.”