Update: Grenade launcher donated to Goodwill turns out to be Airsoft toy replica 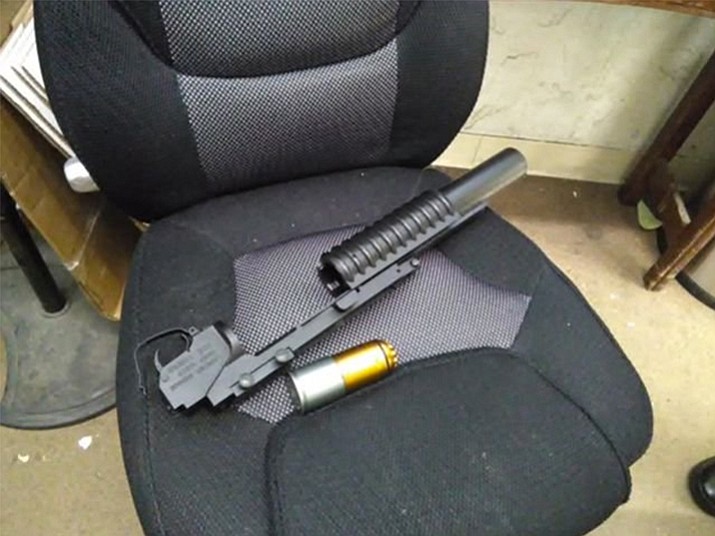 What was originally thought to be a loaded grenade launcher dropped off with other donations to a Florida Goodwill store turned out to be a toy replica made to shoot plastic pellets. (Photo: Goodwill)

MANATEE COUNTY, Fla. — The device discovered in a Sarasota Goodwill store this weekend is not a real grenade launcher, but rather a replica Airsoft toy, a Manatee County Sheriff’s Office spokesperson confirmed.

The device was originally reported by police to be a M203 grenade launcher, designed to mount under the barrel of a rifle. A photo showing the device, along with what was thought to be a live grenade, was widely distributed to news outlets across the country.

According to an Associated Press report, the grenade launcher and live grenade were sent along by another Goodwill store after the employees didn’t know what it was.

Readers seeing the photo and law enforcement authorities inspecting the device later determined it was actually designed for a pellet gun.

In addition, what was thought to be a live grenade now appears to be a $25 Airsoft round that holds plastic pellets.

The replica grenade launcher toy is made by ICS Airsoft in Taiwan and shoots multiple pellets at a relatively harmless velocity.

The original donor is still not known.

BRADENTON, Fla. (AP) — Talk about one heckuva an explosive donation.

Authorities say a grenade launcher, loaded with a live grenade, was left with other donated items at a Florida Goodwill store.

The Bradenton Herald reports that employees at a Goodwill store near Tampa reported the weapon on Sunday.

The Manatee County Sheriff’s Office says the store manager told deputies that the grenade launcher had come in a shipment from another store several days earlier. The employees at the other location said they sent it along because they didn’t know what it was.

Deputies say they disposed of the active grenade in a Hazmat locker, and the launcher was stored in the agency’s property room.

It’s not clear who donated the items.