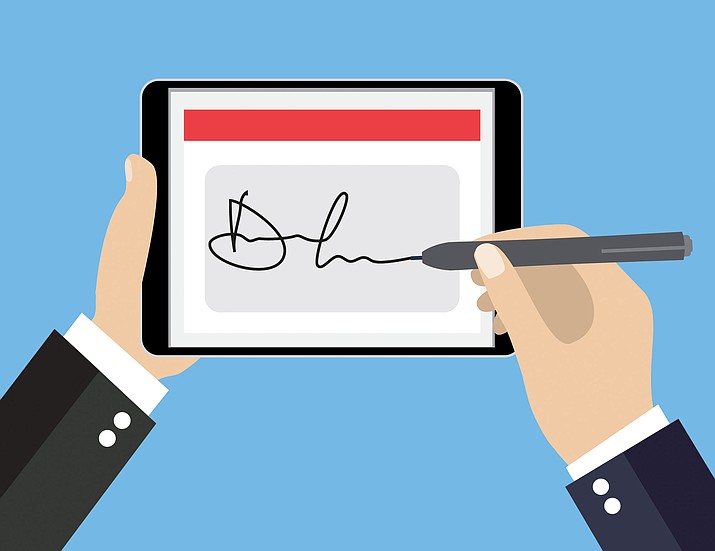 PHOENIX — A proposal by a southern Arizona lawmaker could make it easier for groups to propose their own state laws and constitutional amendments.

Finchem said the current process of having to verify hundreds of thousands of signatures on initiative petitions within days of their being turned in has effectively broken the system. The result, he said, is creating a nearly impossible hurdle for the state’s county recorders who have to complete that task.

The last-minute crunch also means less time for initiative foes to examine the petitions and try to challenge their validity through litigation.

The idea is not unique. State lawmakers approved a similar system for candidate petitions years ago.

But prior suggestions to expand that to ballot measures have gone nowhere amid concern by some – largely Republicans – that it is too easy for special interests to bypass the Legislature and take proposals directly to voters.

Finchem does not dispute that allowing online petitions would remove some of the hurdles that initiative organizers now face. That includes the need to hire paid circulators.

But he said anything that eliminates having people in the streets gathering signatures for often-complex measures actually could help screen out some of the proposals. Finchem said would-be signers would have the time to actually read the full measure themselves as opposed to listening to a circulator’s 20-second description, a description he said is unlikely to shed light on all a measure would do.

The proposal, HB 2021, drew praise from Sandy Bahr, lobbyist for the Arizona chapter of the Sierra Club.

More significant, Bahr and her organization have been involved in putting multiple measures on the ballot when they said lawmakers did not act, ranging from a ban on leg-hold traps on public lands to an optional system of public financing for statewide and legislative candidates.

She said the measure would end the “double standard’’ where lawmakers decided it’s perfectly OK to gather nominating signatures for themselves electronically but have so far made it off-limits to initiative drives.

Bahr said the change also could result in fewer legal challenges to ballot measures like the kind that kept voters in 2018 from considering a ban on “dark money’’ anonymous campaign spending. It got knocked off the ballot in part because foes subpoenaed petition circulators; when they did not show up in court, all the signatures they gathered were disqualified.

No circulators means no such challenges to signatures.

The change, if approved, comes as the hurdle to get measures on the ballot, determined by the number of people who voted in the last gubernatorial election, just increased sharply. It now takes 237,645 valid signatures to propose a change in state law; a constitutional measure needs 356,467.

Finchem said he’s no fan of ballot measures. He derided the recently approved Proposition 126 as creating “policy at the ballot box.’’

Finchem said few people actually read the text of the measure to permanently ban taxes on services, relying instead on explanations offered by petition circulators who he said never explained that eliminating such a levy probably also eliminated any chance of ever getting rid of the state income tax. And Finchem said he saw it himself when he was approached to sign that initiative petition.

“They would give me this description that I knew was just patently incorrect,’’ he said.

All that, he said, could be minimized with an online signature-gathering process where both the legally required 100-word description and the full text are available for voters to peruse at their leisure.

This all relies ServiceArizona, an online website operated by the state Department of Transportation. While that is mostly known as a place to renew vehicle registrations, submit change of address and get replacement driver licenses, it also is linked to the Secretary of State’s Office. That means people can register to vote or change their party registration on the site.

It is that electronic link between the two agencies that now allows people can “sign’’ online candidate petitions at the Secretary of State’s website, with their identity and voter registration automatically verified electronically. HB 2021 would simply extend that to ballot measures.

Finchem said this change also would lead to real-time reports of how many verified signatures have been submitted, important information for both initiative supporters and foes as they approach the early July deadline in even-numbered years.

Bahr pointed out that the legislation also would affect referendum drives, where voters seek to repeal something that lawmakers adopted. That’s precisely what happened this year with Proposition 305 which overrode the 2017 decision by the Legislature to expand who could get vouchers of tax dollars to attend private and parochial schools.

She said an online process would be particularly helpful in those situations, as the necessary signatures – 118,823 for future years – have to be gathered within 90 days of the end of the legislative session. And that, Bahr noted, often is in the summer when the Arizona heat makes personal signature-gathering more difficult.

He is under no illusion that an online process would eliminate paper petitions or even paid circulators. And nothing in his measure mandates online signatures.

But Finchem said any signatures gathered – and verified – electronically means county recorders will have fewer signatures on paper to review and verify.