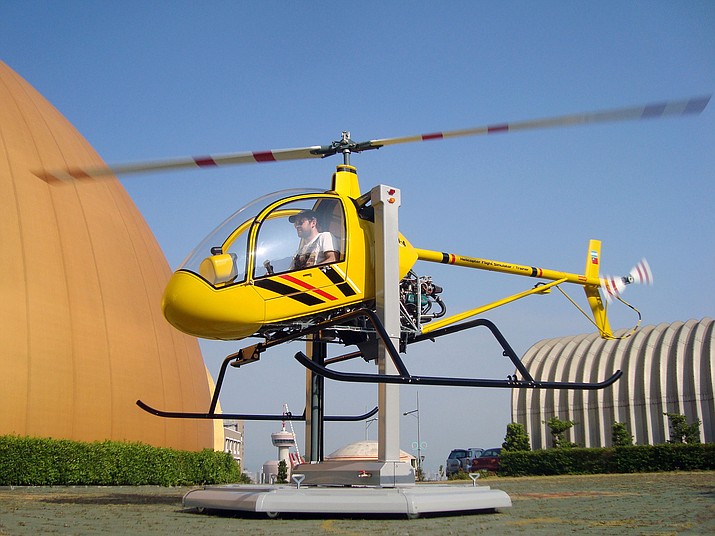 The firm of Jeffrey Coughlin, representing a Dewey-Humboldt resident, requests the town “rescind the application” made by HeliSwift Aviation for a use permit to build a helicopter school, and demands that all construction and operation activities cease.

Coughlin states that the town failed to adhere to a town code requiring use permit applicants to include a Citizen Participation Plan when they applied for the permit. This plan must be implemented prior to the first public hearing, and the process started prior to submitting an application for rezoning or for a use permit.

Coughlin’s letter to the town dated Nov. 15 states that Luis Pena, property owner, did not have a Citizen Participation Plan prior to requesting rezoning and a use permit.

Council discussed the matter in executive session at the Dec. 18 council meeting, and approved in public session a response letter by the town attorney to be sent to Coughlin.

At issue is whether the town and Pena followed the requirements in town code that allow, among other things, citizens and property owners “an adequate opportunity to learn about applications that may affect them and to work with applicants to resolve concerns at an early stage of the process.”

In addition, Pena did not submit a written report on the results of any citizen participation event prior to a public hearing before the Planning and Zoning Commission, the letter states, nor did the town require such report.

BACKGROUND ON USE PERMIT

General Plan designation is commercial. Zoning is C3-35 (Commercial/Minor Industrial) which allows business and trade schools. The town requires a use permit for commercial uses in C3 zoning when the property is contiguous to residential districts.

The owners want to establish a helicopter flight training school using a flight trainer, Cicare SVH-4, that can be raised about 9 feet above ground, always tethered to a 60-ft diameter concrete slab below. Hours of operation would be Monday through Friday, 9 a.m. to 5 p.m., and Saturday 10 a.m. to 4 p.m.

The property owner, Luis Pena, has stated he expects about 10-12 students. The town sent the school’s plans to the Arizona Department of Transportation and did not receive any comments in return.

A letter from Gary Nece, Omega Drive resident, dated April 25, to the town protested the HeliPad as a public safety issue that could cause driver distraction along Highway 69, noise pollution, and decreased property values.

In hearings before the P&Z Commission, one resident whose wife has asthma expressed concerns about dust and air quality. Another resident stated h suffers from post-traumatic stress disorder from serving in the Vietnam War, and he is concerned about helicopter noise possible triggering symptoms.

Both made statements to the P&Z Commission at its May 3 meeting where the commission recommended against a use permit in a 4-1 vote with Commission Chair Victor Hambrick the lone vote at that hearing.

The town council conducted a public hearing May 15 at which Pena agreed to monthly monitoring of noise levels for the first six months of operation. He stated an expectation of 15 students, and that residential homes will be shielded from the flight pad by a large building, landscaping and a fence. Residents again brought up noise and dust levels.

Pena brought the flight trainer to the site Sept. 7 to demonstrate its operation. One resident said at a subsequent council meeting that the trainer was quieter than expected and he might reconsider his position.

At the demonstration, sound readings ranged between 45.7 and 74.3 dB. Ambient noise levels at the front corners of two residences were 60.4 and 60.2 dB.

Town staff recommended approving the use permit at the Sept. 18 council meeting adding that the flight trainer would not operate at noise levels in excess of 80 dB, and required the owner to file a dust mitigation and landscaping plan, and keep the trainer inside a building when not in use by students.