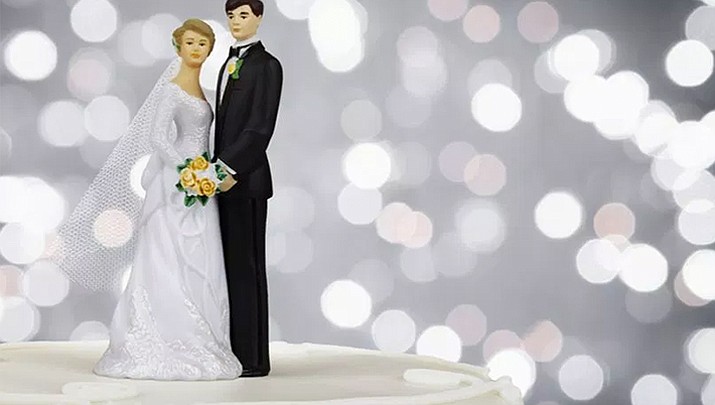 STANTON, Mich. — A Michigan couple learned that they broke the law when they wed two years ago, so they asked a judge to void the illegal marriage and then to do it all over again.

Philip Timmer and Trisha Stewart, both 55, were remarried last week at the Montcalm County Courthouse, and this time it was valid under Michigan law, the Daily News of Greenville reported.

Timmer and Stewart were both divorced with children from previous marriages when they met in 2010 through the social networking website Myspace. Stewart had divorced William Budlong in Texas in 1993 after having five children. Timmer was a father of four and got divorced in 2000.

Timmer and Stewart hit it off immediately.

“He asked for a date,” Stewart said. “I went to a barbecue at his house. We’ve been together ever since.”

Timmer proposed to Stewart three years after dating, but they had to push back their wedding after Stewart faced health issues, including being diagnosed with chronic obstructive pulmonary disease.

The couple married in 2016. But then Stewart learned that her divorce hadn’t been properly finalized in Texas, meaning she was legally still married to her ex-husband.

“I found out the judge who had overseen our divorce had died and the papers had never been processed,” Stewart said. “I thought it was crazy. We thought it was all done and taken care of.”

Stewart worked to settle her divorce, which was officially dissolved in the spring.

She then approached Montcalm County Circuit Court Judge Ronald Schafer to have her illegal marriage with Timmer voided.

As soon as the court hearing concluded, Stewart said she asked Schafer to remarry them and he happily agreed, having never presided over a marriage before.

“As a Circuit Court judge, my docket involves divorces, maybe the least favorite part of my job,” Schafer said. “It’s not enjoyable finalizing the end of a marriage. To have the opportunity to join two in marriage was a pleasant surprise.”