YEI! partners with Jay’s Bird Barn to mix, package half a million pounds of birdseed a year 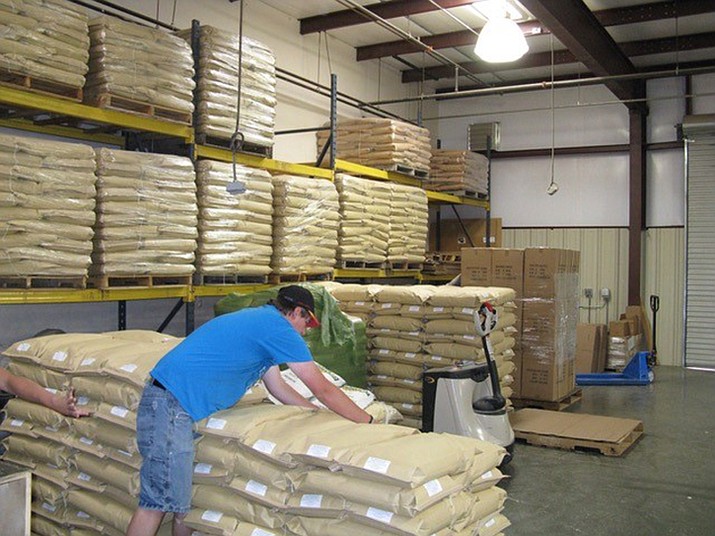 Six years ago, Eric Moore, owner of Jay’s Bird Barn in Prescott, spent his Saturdays mixing the store’s proprietary birdseed, alongside several of his children. Set up in the back room of their store, they weighed the raw ingredients and used a cement mixer or buckets to measure seeds and create the mixes (which are specially formulated for local birds and habitats). It was time consuming, and as the demand for the seed mixes grew, that back room seemed to get smaller.

So Moore did. During the tour, he ended up meeting with Newman. It was the beginning of what Moore said has become a “beautiful” partnership.

Moore transported his seed-mixing equipment to YEI’s Ruger Airpark location, where YEI guys and gals took over the weighing, mixing, and packaging of the store’s mixes. A year later, Moore bought a hopper, a piece of equipment designed for mixing birdseed, and delivered it straight to YEI. And when YEI’s Antelope Point @ Eastridge opened in Prescott Valley, they began to store the raw seed and packaging materials there.

“The YEI guys and gals mix Jay’s Bird Barn’s proprietary seed mix with precision and pride,” Newman said. “And our additional space at the warehouse at Antelope Point at Eastridge has further enhanced our partnership.”

As a knowledge-based business, Moore said, having the processing arm of his company outsourced allows him and his staff to focus on customer service.

The partnership, Moore said, “has blessed us, and it’s good for YEI.”

YEI! is a charitable organization founded in 1974 to support adults with disabilities living in the Central Highlands by providing them with job training, employment, volunteer placements, and support services. The “Developmental Employment” program at YEI! includes the award-winning “Community Contribution Corps” and has been continually accredited at the highest level of service by the National Commission on Accreditation of Rehabilitation Facilities since 1978.

Birdseed 101: Not all birdseed is created equal
Everything you ever wanted to know about birdwatching (but were afraid to ask)
Group recognizes YEI
The science of bird-feeding
YEI! sends post-hurricane care packages to Florida group