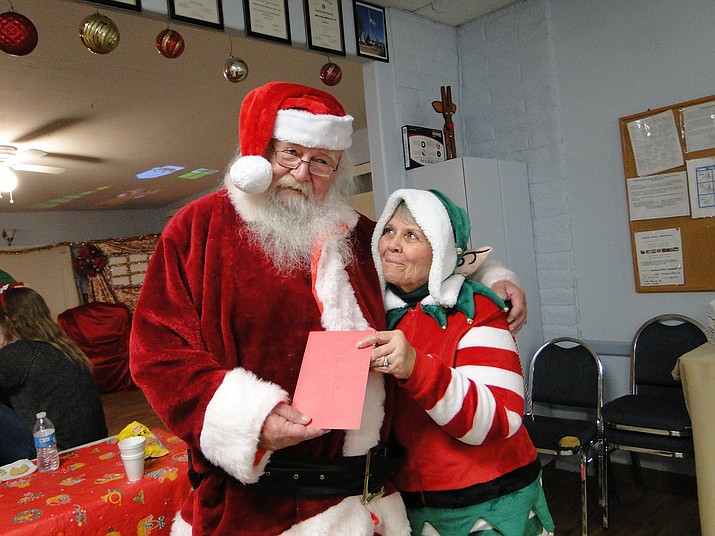 The walls were bursting with children at the Cordes Lakes Community Center on Saturday, Dec. 15, as over 120 children came to tell Santa what they wanted for Christmas.

There were craft tables with crayons and paper, glue sticking trees, and other things to help them stay occupied until it was their turn to sit on Santa’s lap.

As each child visited Santa, they received a bag of candy and a wrapped gift. The ladies from Spring Ridge Academy did a great job of making sure each child received their gift as they exited Santa’s area. Bill Slankard was the hot chocolate pourer and he kept the cups filled and ready as Dustin Corder passed out cookies. Thanks to the generosity of the community, there were enough trays of cookies to keep everyone with at least two.

The light parade started at Henry Cordes Park at 6 and reached the Community Center about 6:30 p.m. There were several floats, decorated ATV’s and trucks and the lights were sparkling as they came down the road. Carol Peck’s float took first place as determined by the judges. Our thanks to the Sheriff’s Office VIPs for their annual assistance of leading the parade and for Mayer Fire Department for holding up the rear - even if they do get called off to take care of an emergency.

Of course, everyone gathered back in the Community Center after the parade and all those participating got their turn for hot chocolate and cookies. The holiday spirit prevailed with good conversations and sugar charged children with smiles on their faces.