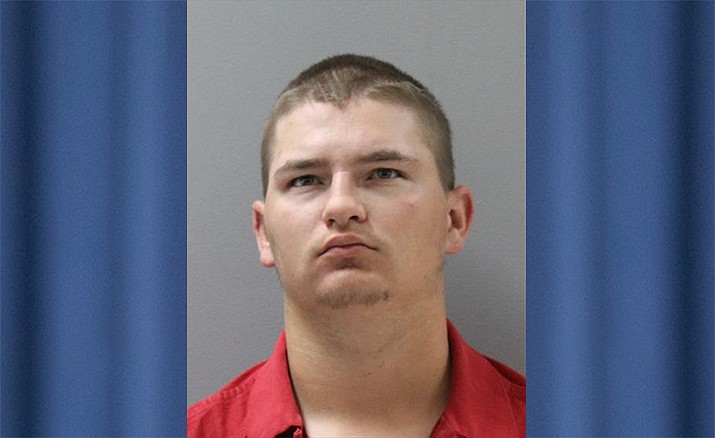 Three juveniles and Paulden resident Ryan Krumm, 18, have been arrested after admitting to involvement in two Chino Valley burglaries.

Officers from the Chino Valley Police Department responded to Perkinsville Meat Processing for a delayed burglary report on Thursday, Dec. 13, and discovered that a large safe, cash and packaged meat had been stolen, according to a news release from Chino Valley Police Lt. Randy Chapman.

At the same time, Yavapai County Sheriff’s deputies were on scene at a family fight in Paulden where a juvenile told deputies he had burglarized Perkinsville Meat Processing.

“Deputies took the juvenile into custody and turned him over to Chino Valley Police Department,” the release states. “The juvenile admitted to burglary of Perkinsville Meat Processing and reportedly named an accomplice, 18-year-old Ryan Krumm of Paulden.”

Krumm admitted to being the getaway driver and was booked into Yavapai County jail in Camp Verde on the charge of burglary in the third degree.

The juvenile was booked into Yavapai County Juvenile Detention Center on charges of burglary in the third degree, criminal damage, theft, criminal trespass in the second degree, theft of a credit card, possession of drug paraphernalia and possession of a prescription drug.

The circumstances of the burglary were similar to an unsolved burglary that happened at Chino Valley High School on Sunday, Oct. 14, that resulted in the loss of $5,100 from a safe inside the school.

The juvenile involved in the Perkinsville Meat Processing burglary denied involvement to the burglary at Chino Valley High School, but provided the names of two other juveniles who were contacted and admitted to the burglary. They have been booked on charges of burglary in the third degree, theft over $5,000, and aggravated criminal damage.