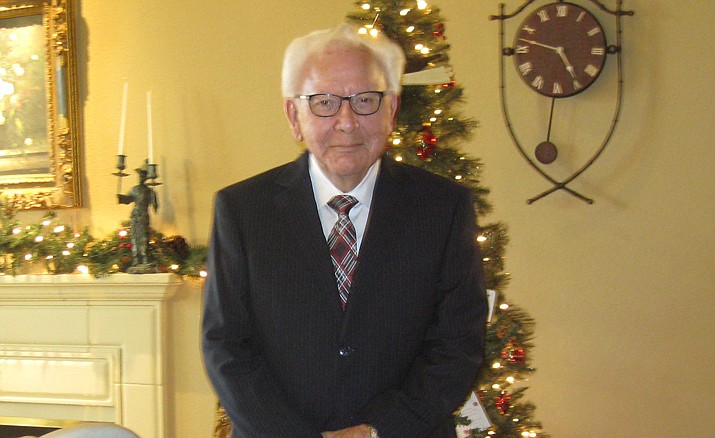 Billy Joe Bunnell died Dec. 6, 2018, in his home in Prescott Valley, Arizona, surrounded by his son, Michael; grandson, Adam; and his wife, Edie. Billy was born Dec. 25, 1928. Bill was 89; he was to celebrate his 90th birthday Christmas Day. B.J. Bunnell, (Billy), had a very eventful life. His family moved to Napa, California, from Oklahoma during the Depression. Billy enlisted in the Marine Corps at age 17, fought in Okinawa, was wounded and subsequently sent home. There were 85 men in his fighting unit in Okinawa and only 11 survived. After the military, Bill had a successful career working for the California Department of Corrections. He was proud to have worked along the career ladder - starting as a cook and finishing his career as a warden. Bill began his Department of Corrections career in 1957 and worked at California Correctional Center in Susanville (three times), Soledad State Prison, San Quentin State Prison, California Institution for Women, Sierra Conservation Center and finished as a Warden at Tehachapi State Prison. Bill moved to Peoria, Arizona, after retirement with his wife, Earlene. After her passing, he met Edie. Edie and Bill enjoyed dancing, parties, travel, golf, gardening and bridge in the Peoria and Prescott areas. Bill and Edie are members of Granite Peak Unitarian Congregation. He will be greatly missed and always remembered. Billy is survived by his sister, Ruby Townsend; his sons, Michael (Chris) and Brad; his grandsons, Sean (Shannon), Nathaniel, Aaron, Corey and Adam (Emily); his granddaughters, Stephanie and Emily; and his great-granddaughters, Paige, Alexus, Hanna, Kaitlynn and Summer. A memorial will be held in California in the New Year. In lieu of flowers, please consider a donation to St. Jude Children’s Hospital