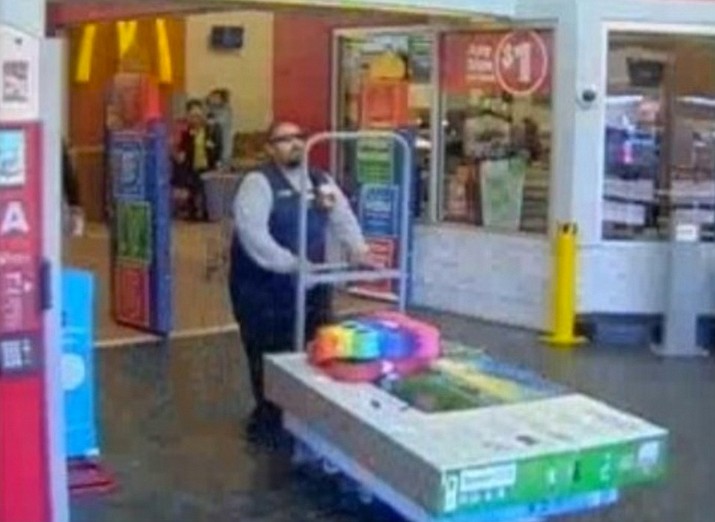 On November 24 this man walked into an Albuquerque Walmart dressed as a store employee. He entered an employee-only area and took a six-wheeler cart, which he loaded with two televisions and two pinatas and then walked out of the store without paying. (Albuquerque Police Department)

Albuquerque that police say impersonated a Walmart employee to steal televisions and pinatas.

KRQE-TV in Albuquerque reports the man struck an Albuquerque Walmart the day after the Black Friday shopping rush by dressing in a store employee uniform and using a six-wheeler cart to take his loot.

According to police, the man went into an employee-only area where he took the cart and loaded up two televisions and two pinatas.

Officials say the man then left without paying.

No arrests have been made.

Anyone with information on this suspect's identity is asked to contact Albuquerque Crime Stoppers at (505) 843-7867, or submit information anonymously at P3tips.com.