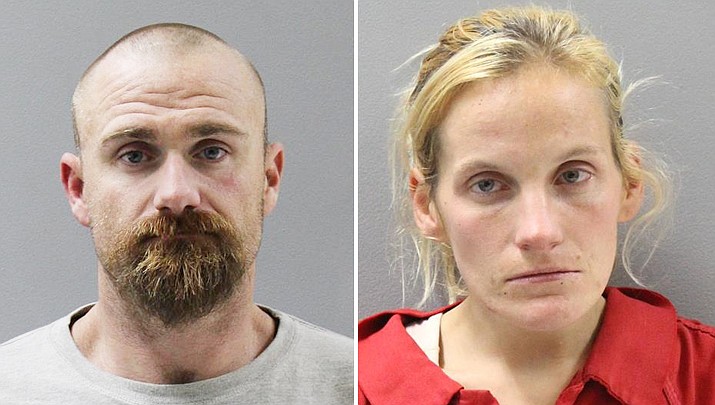 Jimmy Penner, 31, and Kayla Long, 29, were both arrested Wednesday, Dec. 12, in Prescott after they were found to be in possession of methamphetamine and a stolen gun.

Two Chino Valley residents were booked into the Yavapai County jail Wednesday, Dec. 12, after police found a stolen gun and illicit drugs in their vehicle.

Prescott Police Department (PPD) officers pulled the car over at about 7:30 a.m. for a registration violation in the 1200 block of East Gurley.

Penner initially gave police a false name and provided false information in an apparent attempt to mislead officers and prevent them from discovering his true identify, according to a PPD news release.

The ploy didn’t work, however, and he was found to have several warrants for his arrest, including a felony warrant for theft of a credit card.

When asked if any weapons were in the vehicle, Long said there was a gun. Officers found a .22 caliber pistol that had been stolen out of Mesa, PPD reported. They also found methamphetamine and drug paraphernalia.

Long then admitted she was in possession of additional drugs and paraphernalia. Those items were recovered from her person upon arrival at the jail, PPD reported.