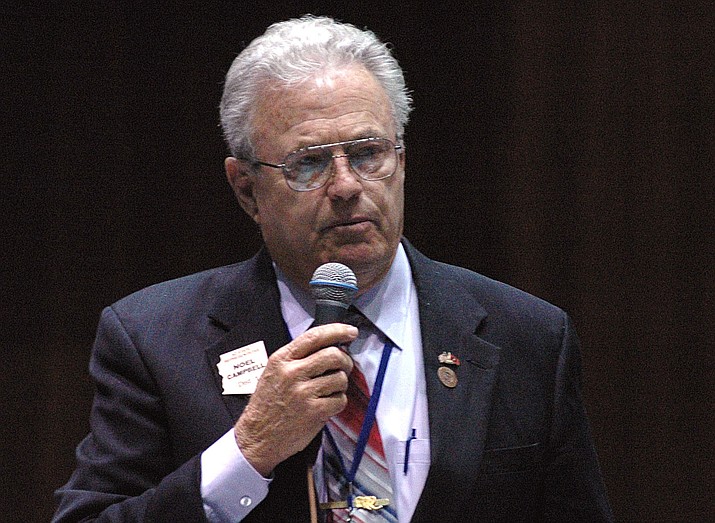 We as Arizona state legislators voluntarily seek public office. Yet once elected, we are instantly denied a true sphere of privacy. Even our most private exchanges are subject to public scrutiny and derision if they fall outside the mainstream media’s political beliefs du jour.

No greater example exists than what happened to Rep. David Stringer a few weeks ago. He was secretly recorded inside an elevator while discussing political problems/ideas about public education and immigration with three Arizona State University students.

The press releases mere snippets of this conversation. Media outrage and the expected demagoguery follow. Therefore, before forming opinions, I strongly suggest all Arizonans read the entire transcript of the conversation on the PrescotteNews.com website. Most who have called for his resignation have not.

I disagree with some of Rep. Stringer’s remarks to these students; some are clearly racially insensitive. Yet for those who clamor for his head, I would draw their attention to a man who spent thousands of hours as a pro bono attorney working in the minority communities around the Washington D.C. area.

And calls for his resignation (by any mayor, city council member, or county attorney) are beyond their purview as elected officials. Fortunately in our constitutional republic, their votes hold no greater weight than any other citizen within LD-1.

What I find most disconcerting about this incident, however, is the attack on our First Amendment rights. An authentic exchange of ideas is the hallmark of freedom of speech. And that is the context with which Mr. Stringer was speaking while in the elevator with the ASU students.

Although now an elected state legislator, Rep. Stringer retains his constitutional right to express his opinions on immigration, taxes, and public education. In today’s heated rhetoric, calls for civility during public debate are often abandoned for a political agenda. The left to regulate public conversation; the right to crush political opponents. Both sides of the spectrum are at play here.

As a Vietnam veteran who fought to preserve our constitutional rights, I’ll end by paraphrasing Voltaire’s beliefs on free speech: “I may disapprove of what Rep. David Stringer sometimes says, but I will defend to the death his right to say them.”

Noel Campbell is a Republican member of the Arizona House of Representatives representing Arizona’s Legislative District One.

EDITOR’S NOTE: The audio file is unclear in many places, therefore the Courier did not attempt to produce a transcript that may contain errors. We feel it’s best for readers to listen to the recording and make their own decisions about what was said in context. You can listen to the entire audio of the recorded conversation below.